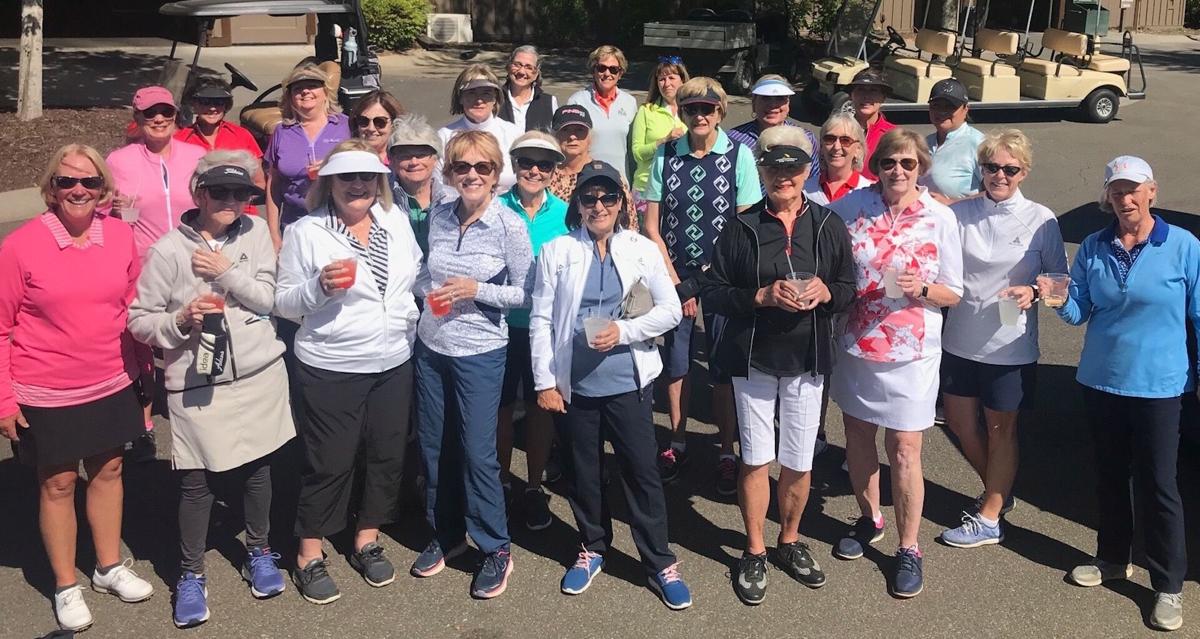 Participants in the first WGA Wine, Nine, and Dine prepare to play an unusual short course, followed by dinner. 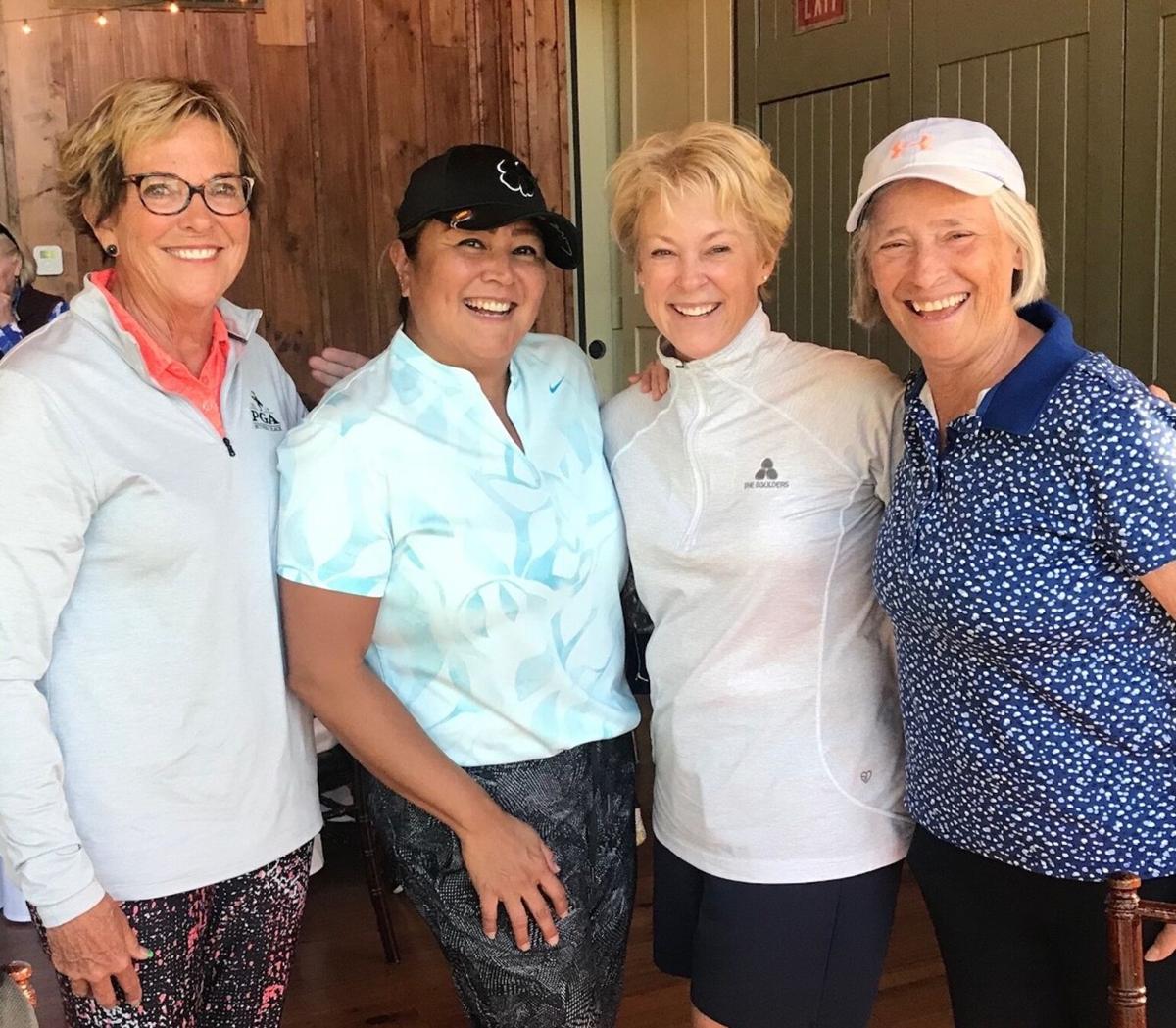 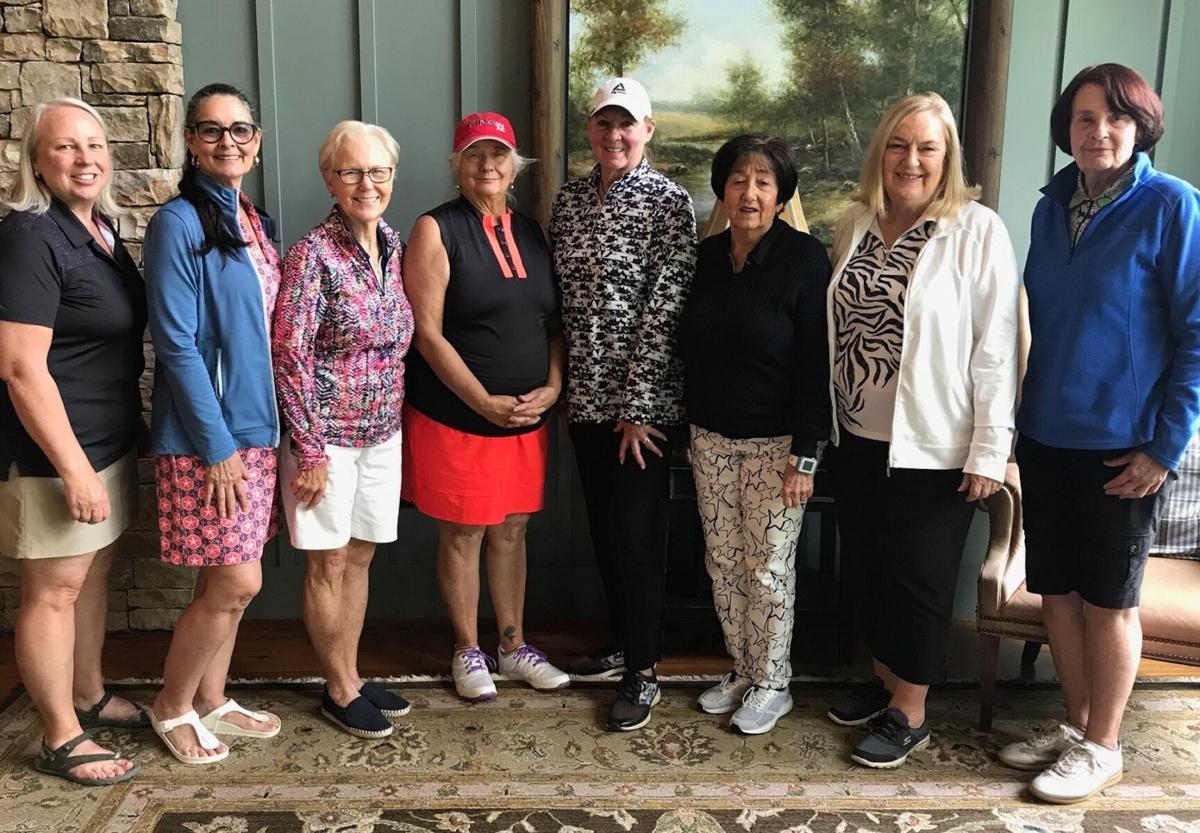 The Women’s Golf Association had a busy May with few rainouts. For the 18-holers, the Ringer Tournament was contested in April and the Tri-Member at the end of May. Nine-holers held the always popular Aces and Nines Scramble, with MGA's Aces in mid-May.

The WGA 9-holers will host a charity event, July 22. More details coming later this month. The event will be open to all women golfers in Big Canoe and all are encouraged to support a worthy cause. The 9-hole golfers will hold their Ringer Tournament June 14 and 21.

New on the 18-hole players’ schedule this year are two Wine, Nine, and Dine events. The first was May 6, starting with cocktails on the Duffer’s patio, followed by an unusual short-course competition on the Choctaw 9. Cones marked the starting point for each hole with husbands on several of the holes designated as “sand rakers” and “pine straw fluffers.” A burrito buffet ended the evening. Winners for the night were the team of Peggy Williams, Nancy Finley, Judy Melville and Kathy Martindill.