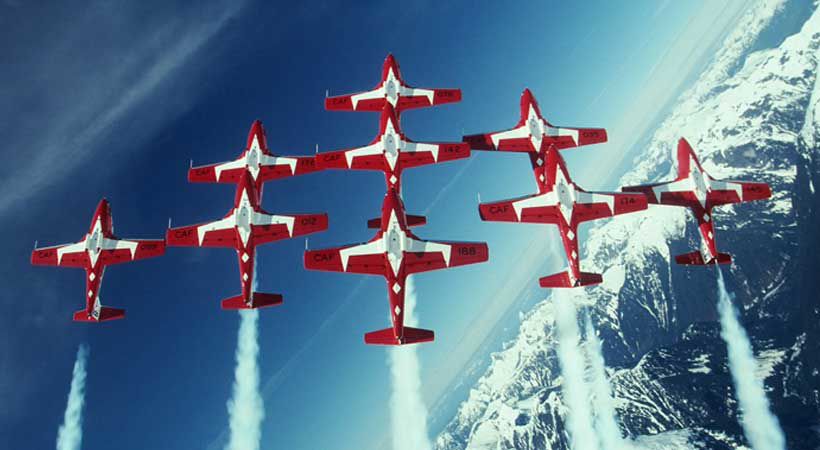 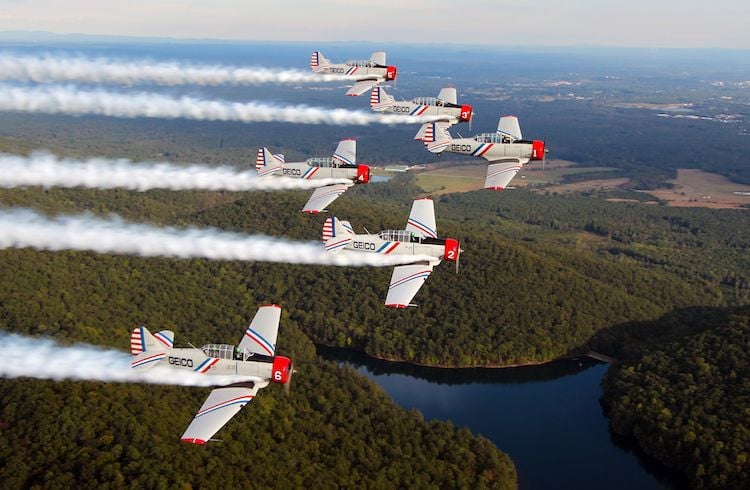 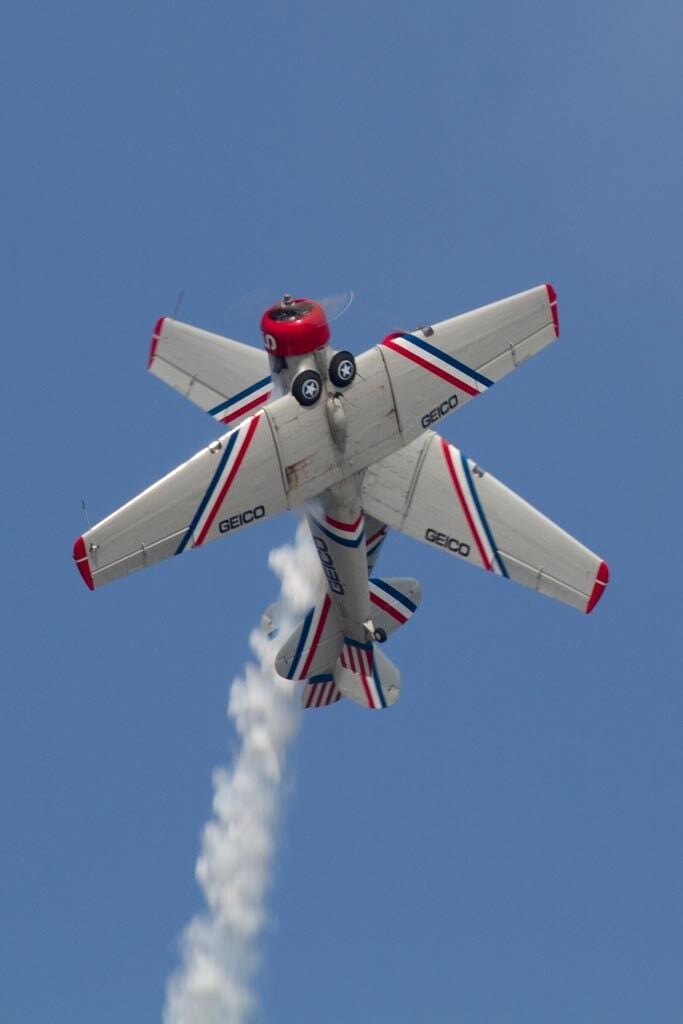 The Atlanta Air Show will feature a military jet team doubleheader when the U.S. Air Force Thunderbirds and the Canadian Armed Forces Snowbirds perform next month on Oct. 12-13 at Atlanta Motor Speedway. The 3rd annual edition of the event will feature a full afternoon of flight performances from some of the nation"s top military and civilian pilots.

"We are excited to reveal this season"s 20-maneuver demonstration at the Atlanta Air Show," said Larry Arken, squadron commander and team flight lead. "Airshow attendees will see first-hand what these "warbirds" are made of."

The GEICO Skytypers fly six WWII SNJs, the Navy"s equivalent of the Texas T-6. Both trainer aircraft were used to prepare pilots of ""The Greatest Generation" for combat.

In 1940-41, the SNJ was built as an advanced WWII military training aircraft designed to perform all the maneuvers of a fighter plane at slower speeds.

The aircraft is powered by a 600-horsepower Pratt and Whitney engine.

The GEICO Skytypers" low-level precision-flying demonstration was designed by team members who served in the United States military.

The GEICO Skytypers "skytype" by creating giant messages in the sky with five aircraft flying in a tight, line-abreast formation.

A computer located in the lead aircraft sends radio signals to the other planes and their white puffs of smoke create the "skytyped" messages that are often as tall as the Empire State Building and seen from a 15-mile radius.

The GEICO Skytypers Air Show Team, the leading vintage airshow performance squadron, fly six WWII SNJ aircraft, the North American SNJ built for the Navy, the Air Force"s T-6 variant. Both trainer aircraft were used to prepare pilots of "The Greatest Generation" for WWII combat. The team performs a low-level, precision-flying demonstration featuring tactics and maneuvers designed by team members who served in the United States military. In addition to their air show performances, the team "skytype" giant messages in the sky. Five aircraft fly in a line-abreast formation to produce 1,000-foot tall messages that can be seen for 15 miles in any direction. For more information, please visit www.geicoskytypers.com.