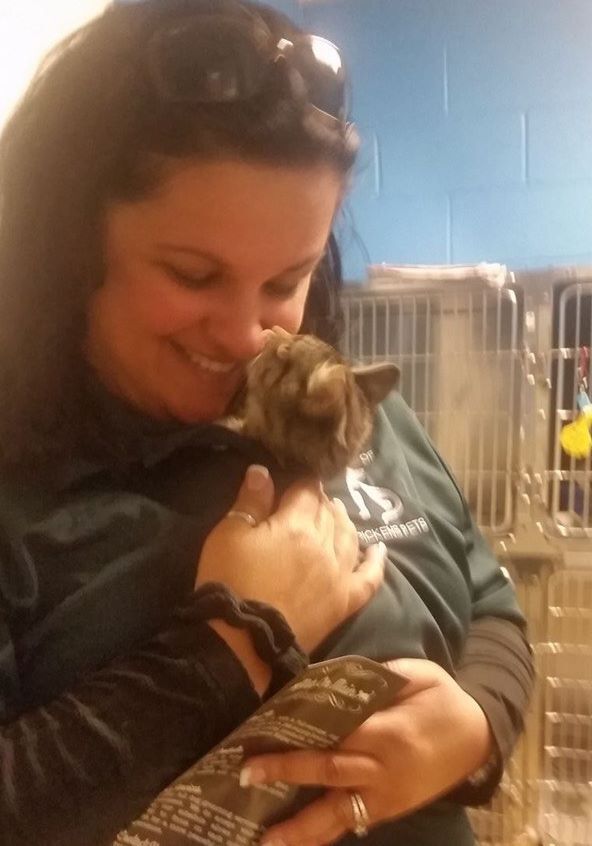 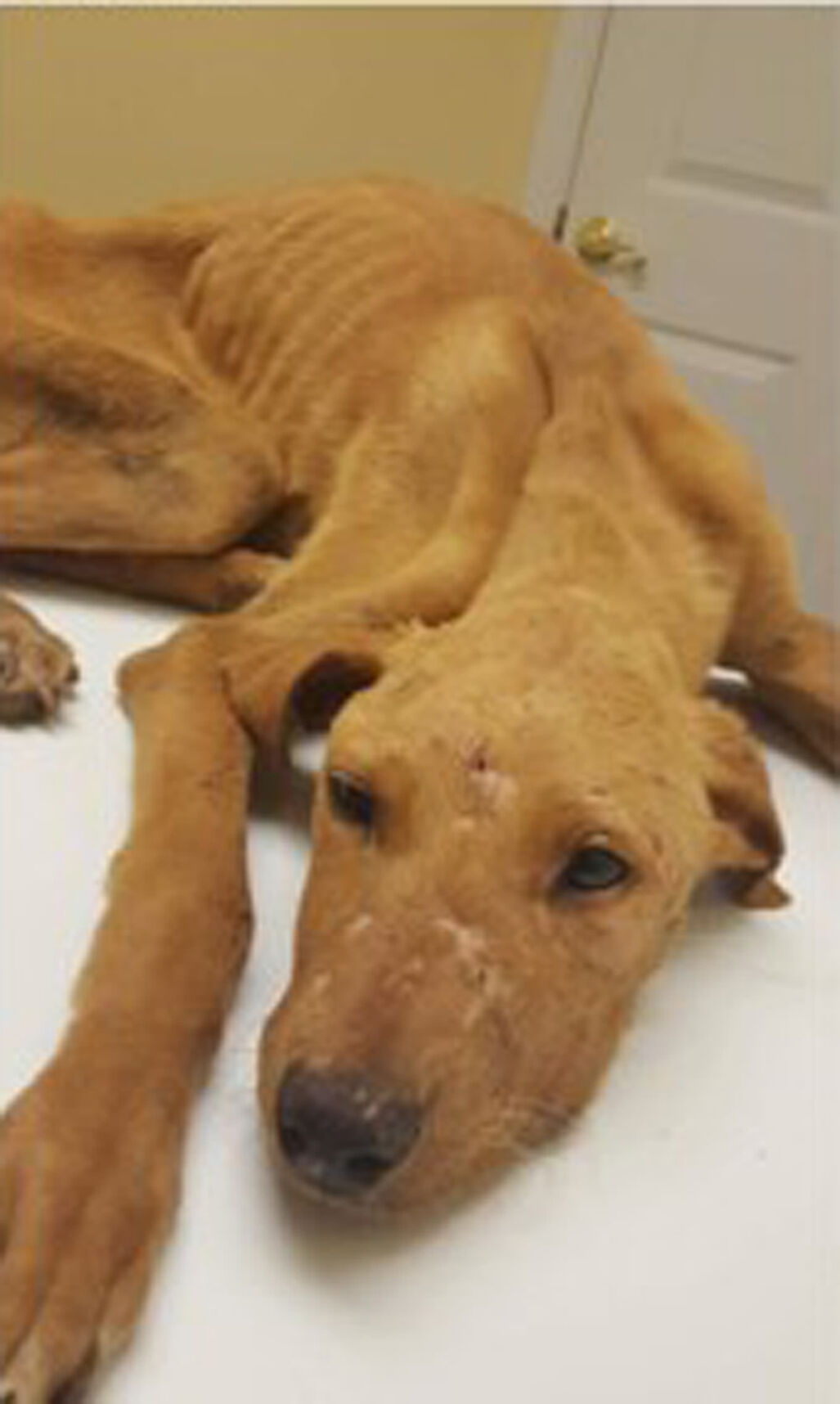 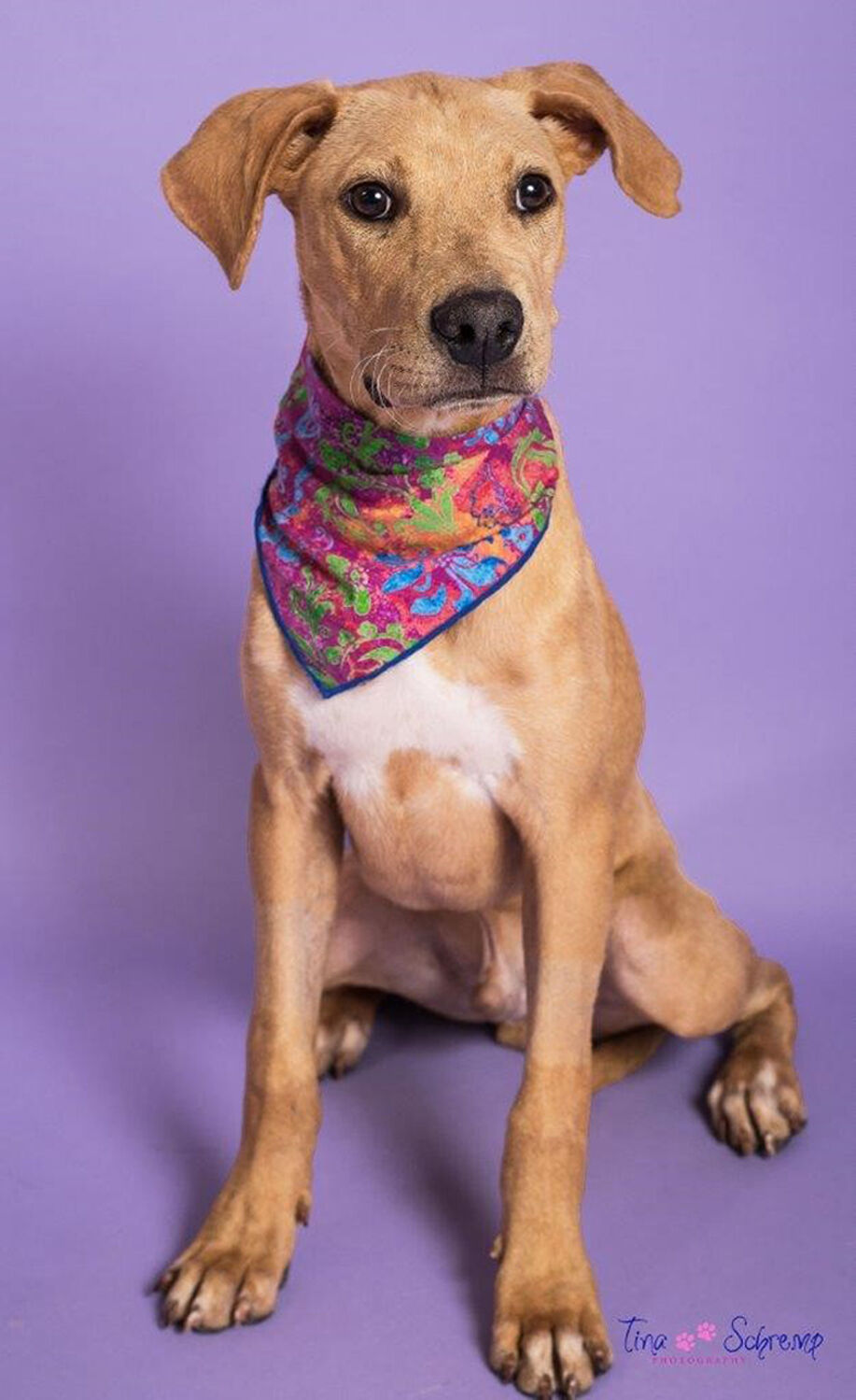 Disco, after some TLC from BCAR. 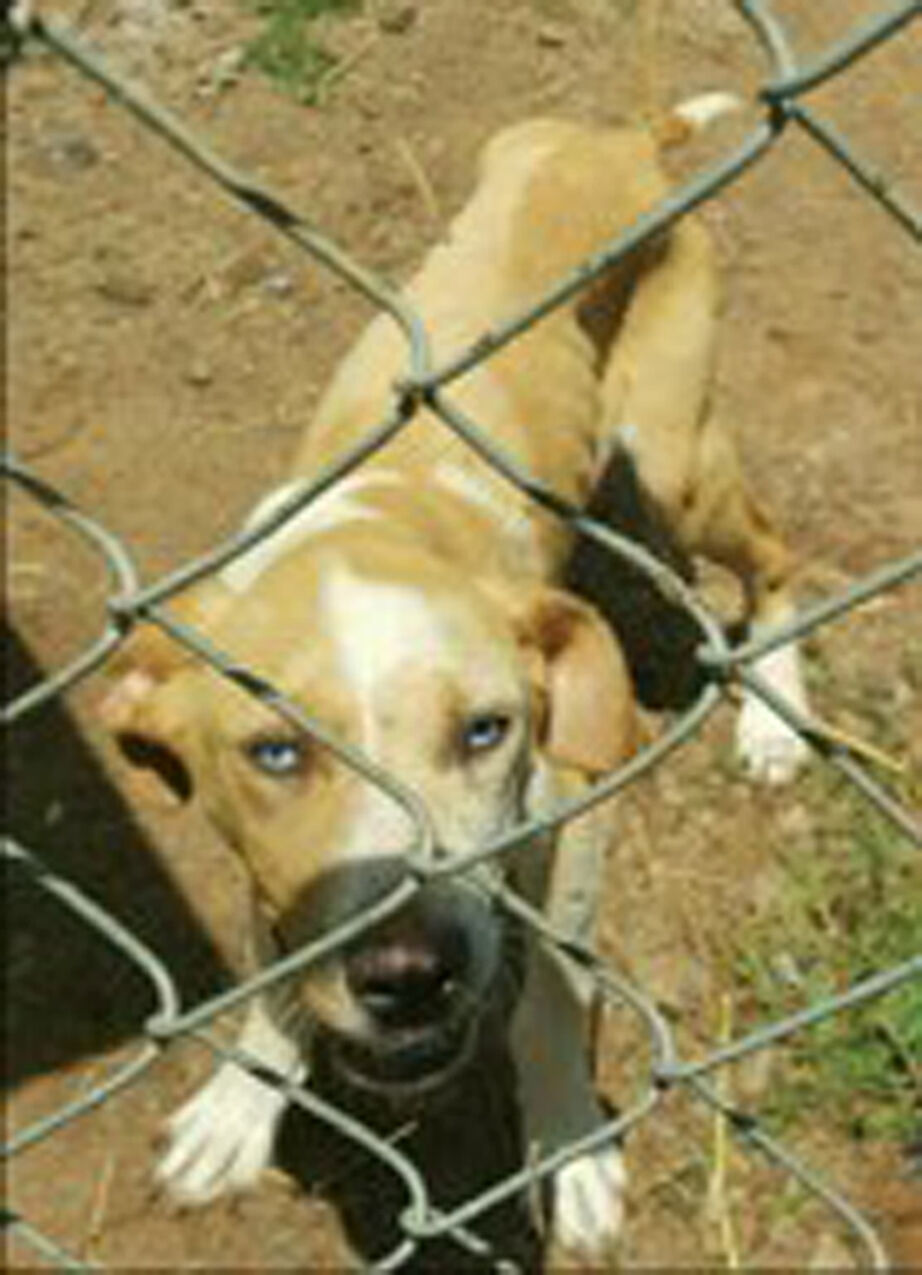 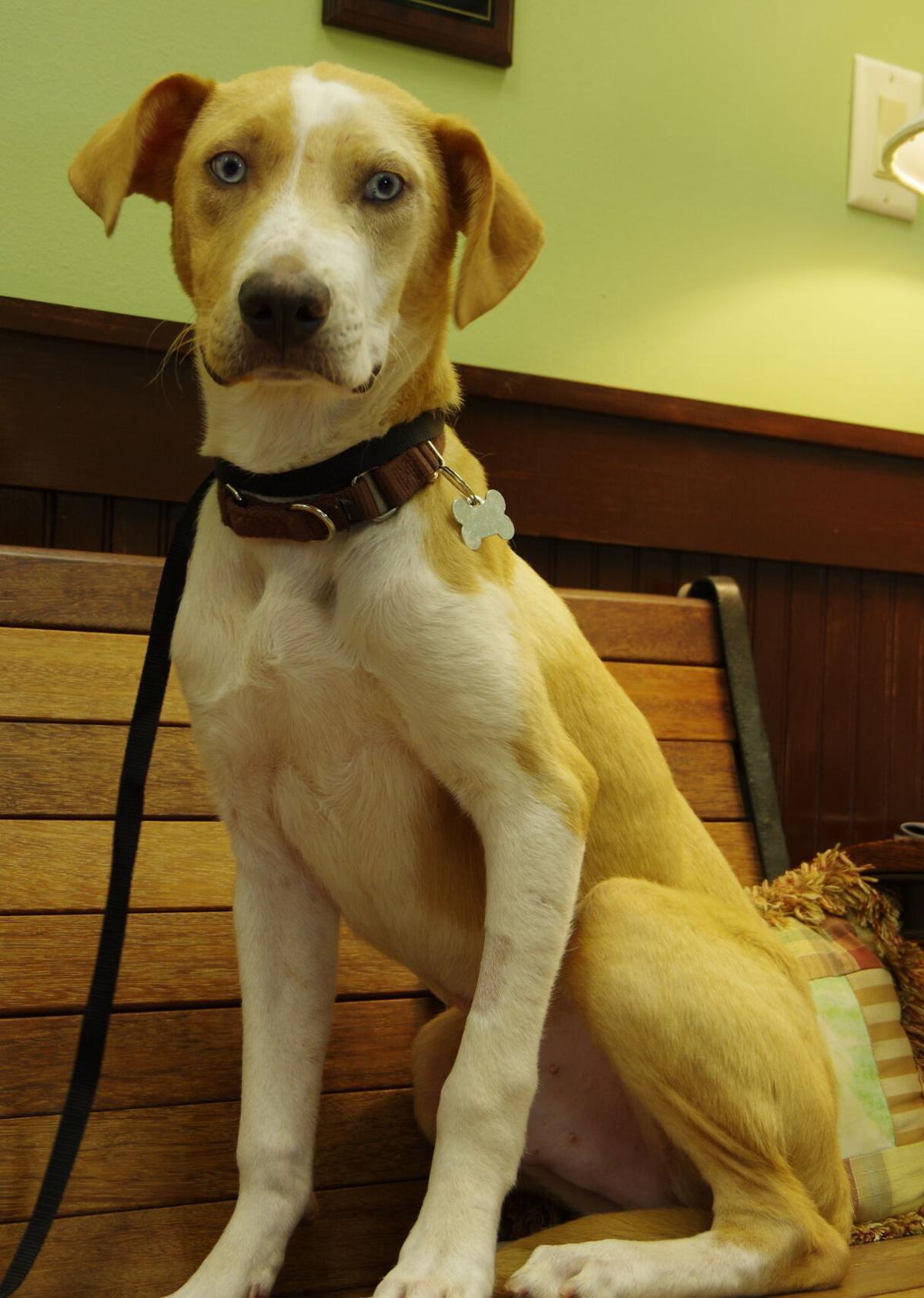 Frisco, after some TLC from BCAR. 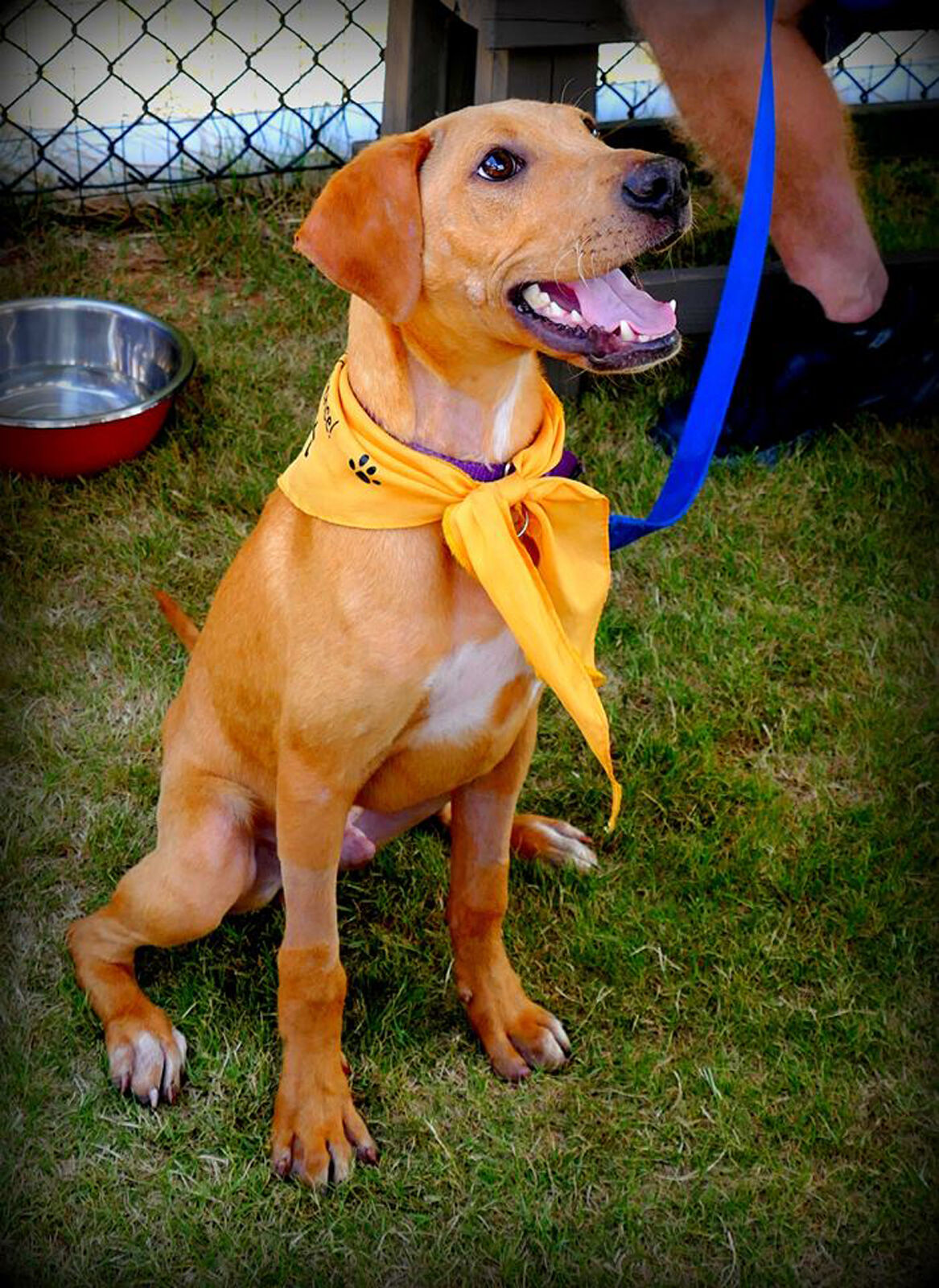 Disco 'After' at the July 4th Event 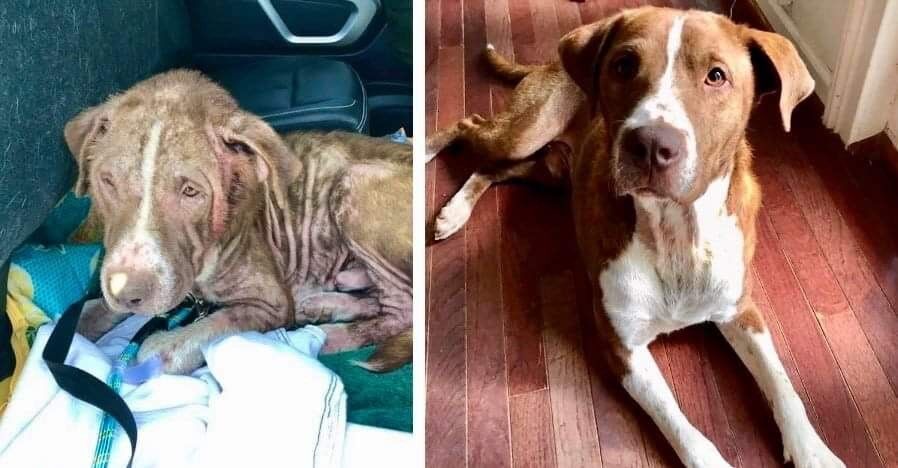 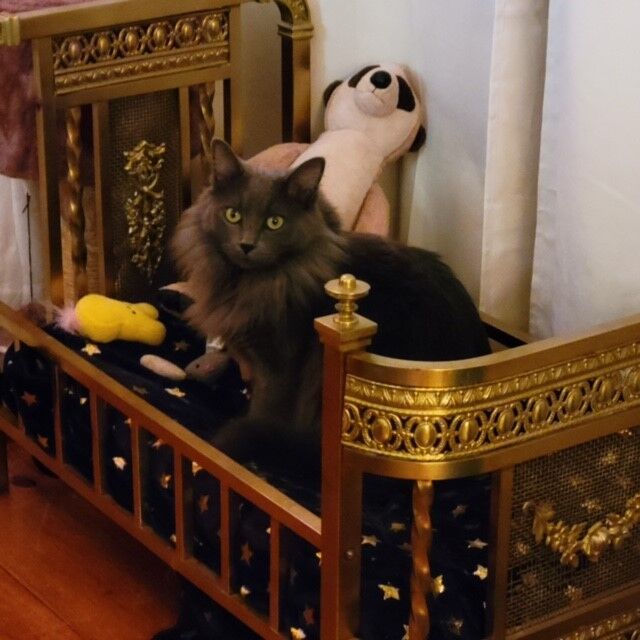 Cat in a new home

“Never believe that a few caring people can’t change the world
for indeed, that’s all who ever had.”

When, in 1997, we told our Marietta veterinarian that we were moving to Big Canoe she was aghast. In no uncertain terms she told us we were moving to the meanest county in Georgia for cats and dogs. She had come to Jasper the previous weekend to look at a horse that was advertised in the paper. As she rounded the barn, a dog’s carcass was nailed to the side of the building. Needless to say, she went back to Marietta without the horse. In those days there was no animal control and dogs and cats were a common obstacle course on Cove Road.

If she were to come back today, she would find seven no kill rescues in Pickens County.

Pickens County is now in the forefront of the no-kill movement. Listed below are the 501(3)(c )shelters saving the lives of rescues in Pickens County, and some of their stories.

Be-Paws We Care (BPWC) is an all-volunteer non-profit based in Pickens County. In January of 2019, the BPWC team jumped in to help seven dogs at the Pickens County Animal Shelter that had tested positive for heartworm. Costs associated with heartworm treatment as well as costs due to other medical issues are typically outside the county’s budget.

Our mission: Provide medical support for these homeless animals and to help them find their forever homes.

As a result, nearly 400 homeless pets from Pickens County this year were placed with rescues in the southeast, midwest and northeast U.S. in order to find their forever homes.

We also started a Pickens Community Cat Program (PCCP) So far 41 feral cats have been sterilized and vaccinated for rabies. And any kittens that could be extracted and socialized were sent to rescues for adoptions.

Another community program that was initiated is the Heartworm Prevention Project offering low-cost heartworm testing and prevention to Pickens County dogs. This project was created by Homeward Bound and Wayside Hospital in Gilmer county. BPWC joined forces with both groups to bring the program to Pickens in December, 2020.

None of this would have been possible without our sponsors, supporters and, of course, our volunteers. Our rescue coordinator Kelly Ingram works every day to make sure there is no dog or cat left behind through networking with other shelters and rescues to find them all homes.

Other volunteers foster. Angie and Jay Bird are just two of the dedicated people who foster. In 2020 they have fostered 33 dogs and 33 puppies.

BPWC transporters give their time and mileage to transport these homeless pets to their forever families. In 2020 more than 10,000 miles were logged to accomplish this.

“Hungry, I just want food. Food. When was the last time I had anything: My stomach rumbles constantly; it hurts. My bones scrape against the wet, cold ground as I lie down.

“I tuck my nose into my body as best I can. My fur is almost gone. No buffer for the wind. No warmth. No protection from the rain. The cold April rain drops hit me like shards of ice. I can’t get away from it all.

“Can’t stop scratching and mercifully I drift off to sleep and escape it all. Wait, what is that noise. Someone is here! Food—is it food? What are they doing? Where are they taking me? Please let them have food.”

And, so it began—JonBoy’s story. Taken to our local Veterinarian, Dr. Chester, JonBoy was emaciated, furless and sick. He was so very weak and tired. But trusting! This dog loves people and just wanted to stay near them.

JonBoy smelled so bad from his skin infection they gave him the nickname “Skunk”. He was brought in 15-20 lbs. underweight, missing over half his fur, covered in fleas, a staph infection in his skin, bones protruding from every part of him, intact and severe allergies.

Fortunately for JonBoy he ended up in the right place. Pickens County animal Shelter (PCAS) and its network of volunteers came together and found “Skunk” a loving foster home. PCAS covered his vetting. When he tested positive for heartworms, PCAS’s partner, BPWC paid for his treatment and the medications afterwards.

Over the next few months JonBoy grew strong and loving. He had the potential to be a service dog, but his foster family ended up adopting him as he is still a special needs dog due to his severe skin issues but he is getting better. It just takes time and commitment. And he is absolutely worth every minute of worry, every ounce of food and every cent of cost.

Many people have come together to save this dog, and he has given back. Everyone who meets him, even before they hear his story, say how he brings an aura of peace with him. And that’s exactly what this world needs more of. Without the immediate attention of PCAS, JonBoy would have surely starved to death if his other issues didn’t get him first.

The mission of the rescue is to take in unwanted pet and find them new, loving homes.  PAR receives animals from owners, who can no longer care for their pets and from animal shelters throughout the region.  All animals are vetted and spayed or neutered before being adopted.  We are trying to break the cycle of unwanted pets.

Recently, PAR rescued a litter of seven puppies who were starving and full of worms.  They were named for the Seven Dwarfs.  The puppies have gained weight, been vetted and spayed or neutered and are now going to their new homes.

This week, PAR rescued an owner-surrender pit bull named Dallas.  He has an ear infection, eye infection and skin issues and yet he is the sweetest, goofy dog you could meet.  His owners gave him up after moving to Georgia from Virginia.

PAR has several dogs who have not been adopted due to behavioral issues.  A new program is being launched called “Sanctuary Pets”.  These animals, primarily dogs, will stay in the care of PAR for the remainder of their lives.  We will be asking people to sponsor them on a monthly basis to defray the cost of veterinary care and food.

PAR will be doing some major renovations during the next few months so we are better prepared to care for the animals entrusted to us.

The Bent Tree Animal Shelter was built in 2012 by the Bent Tree Foundation and residents after realizing the need with the community. Numerous scared dogs and cats were coming into security with no place for them to be taken care of. Our small licensed shelter is run completely by volunteers. Some of the dogs or cats are with us only a few hours or days when they are reunited with their families while many others are with us longer until they are adopted into a new family. Our group of dedicated volunteers care for the dogs and cats that would have otherwise had to try and survive on their own.

Our volunteers handle feeding, vet visits and medical needs, socialization and play time and the all-important potty breaks and walks for dogs.

Thankfully we have relationships with the other shelters, rescues and fostering groups that are now in our area so that we can work together and share each other’s needs through social media and networking.

Flynn Fields Rescue came to fruition after years of loving animals in Pickens County. We’ve been residents of our wonderful county since 2003. Mike was a police officer for many years prior to serving in Iraq. As a police officer, Mike saw that farm animals didn’t have a place to go when they needed to be rescued. We lived in a home with only on acre so we bought our property in 2015 and worked hard to come up with a plan to help farm animals.

Since 2017 we have been home to a variety of farm animals. On an average we get one call a week from someone either wanting to rehome a pot belly or from someone who has spotted a pot belly wandering around on the side of the road. We currently have 17 pot bellies. We are also home to eight goats, seven bunnies, five hogs, 40 chickens, eight ducks, eight cats, seven dogs and a tortoise.

Flynn Fields is a 501(3)c and welcome feed, hay as well as monetary donations. To say we have been blessed is an understatement. We work behind the scenes with many awesome rescues to place animals that we are unable to take in. We have met so many wonderful, animal loving people. We are looking forward to what the future holds.

Big Canoe Animal Rescue was not only the first shelter in both Dawson and Pickens counties but was the first no kill in the area. BCAR volunteers manage and run the shelter, taking in dogs and cats found in Big Canoe or close proximity. There is also an outreach program. Tom Attaway, director of Outreach and co-president shared this information:

“We still feed about 22 dogs whose owners live in Pickens County. Another part of the BCAR outreach program is to help dogs at the Pickens County Animal Shelter who have serious medical conditions.  Sometimes we help fund the treatment of heartworms for some of the Pickens dogs who test positive.  Other times BCAR takes over ownership of the dogs with serious medical conditions (Champ, Theo, Disco, Frisco, Arlo, Percy, etc.).”

BCAR also works with the other shelters in the area to help get animals adopted by shelters in other sections of the country who are in need of adoptable pets.

Thanks to the generosity of Big Canoe residents BCAR has been a positive voice in the area for nearly 30 years and saving the lives of thousands of animals.

Partners of Pickens Pets (POPP)) partnering with the community to make the world a better place for both people and pets.

Shelter Dogs for Veterans is run by Sharon and Peter Callan. Sharon is a certified dog trainer who pulls dogs from shelters and trains them to meet the needs of disabled veterans or first responders