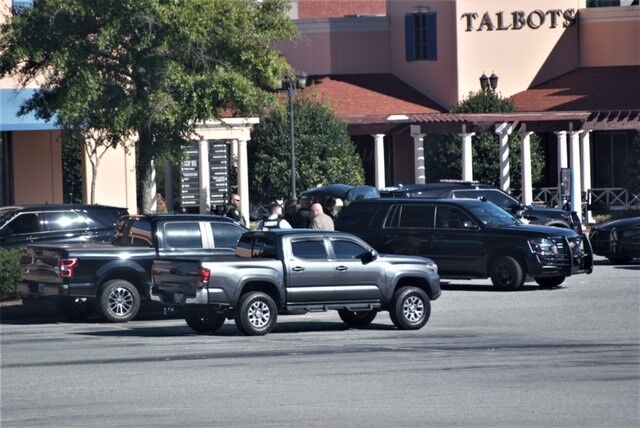 Members of the Dawson County Sheriff’s Office consult as the investigation into an alleged bomb threat was sent to the North Georgia Premium Outlet Mall Sept 9. A text message alerted mall employees to evacuate until further notice. 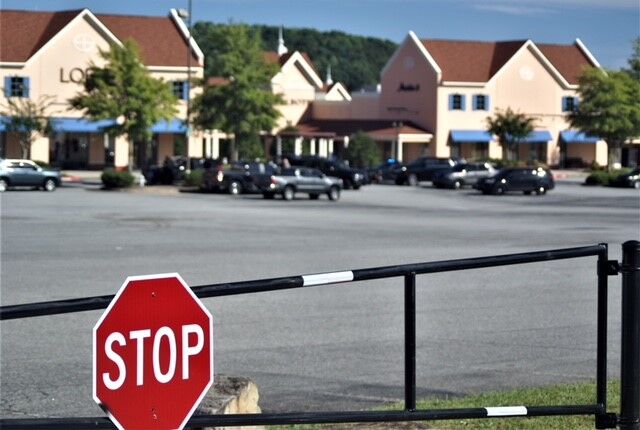 Gates at the North Georgia Premium Outlet Mall were locked Sept. 9 as the result of an emergency evacuation alert. Authorities say mall officials were alerted to a bomb threat.

A mall-wide text message was sent to employees at approximately 4:30 p.m. alerting them of the situation and requesting they—and customers—vacate the premises immediately.

“North Georgia Premium Outlets is under an emergency evacuation order from Dawson County Sheriff’s Office. Please evacuate immediately. We will send a notification when the all clear is given,” the message read.

The entrances to the parking lots were gated to prevent anyone on the premises. The Dawson County Sheriff’s Office K-9 trained in explosives searched the premises for suspicious objects and items considered harmful to the public. The threat alert was cancelled as of 5:17 p.m. after the search was concluded into the alleged bomb threat. Dawson County Sheriff’s Office is continuing to investigate the situation. Smoke Signals will update the story as it unfolds.