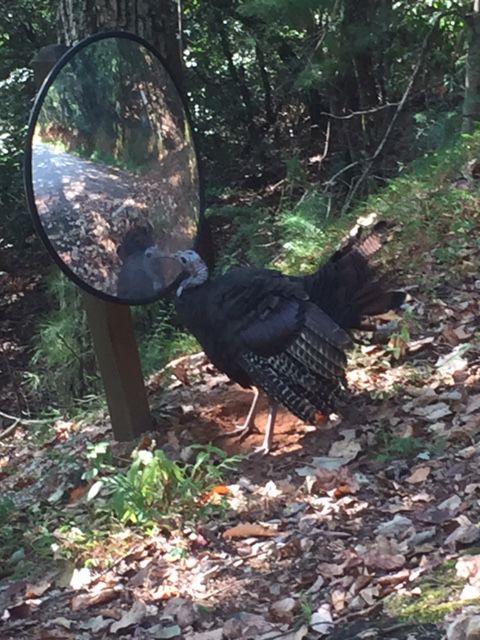 Best Web Photo, Second Place is a turkey! Like Liberty Mutual's Emu (LiMu EMU), a turkey pecking one of Big Canoe’s roadside mirrors was photographed by Phil Anderson during his walk Monday, Sept. 30, 2019 along Summit Drive. “I can't believe how close I was able to get to that turkey.  She was totally preoccupied with pecking that mirror image of herself,” said Anderson, who is used to seeing Big Canoe’s wildlife on his morning walks. 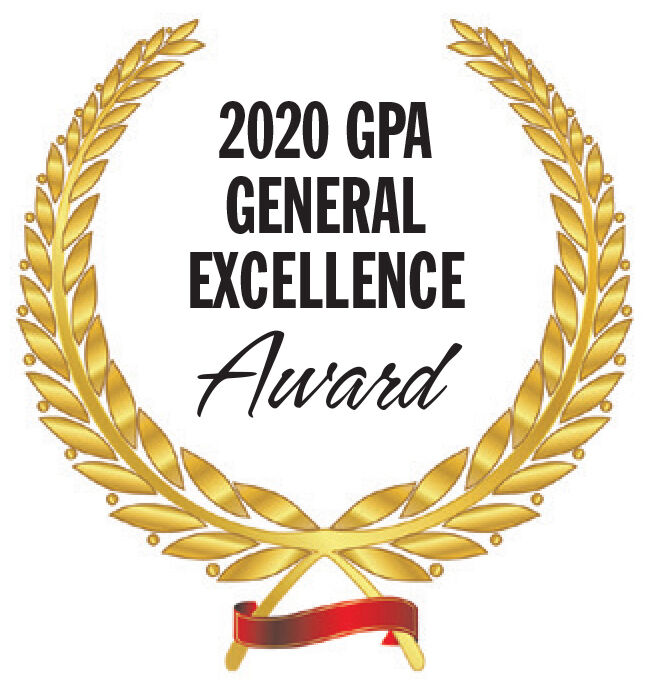 “The depth of coverage this paper provided was outstanding. The photography used, ads used were all designed to support the outstanding editorial coverage.”

For the sixth year in a row the Georgia Press Association awarded Smoke Signals first place for General Excellence in its annual Better Newspaper Contest division. Smoke Signals received a total of 32 awards—20 for advertising and 12 for editorial excellence.

COVID-19 upset the timing and location of this year’s award ceremony. Instead of the traditional GPA Convention awards banquet at the Jekyll Island Club in June, an announcement email was sent to the competing newspapers on July 6. Winners were honored for their outstanding achievements in newspaper journalism and advertising. Professional journalists from the Tennessee Press Association judged the contest.

Smoke Signals 2020 awards—the judges’ comments available are indicated in quote marks next to award information below:

Barbara Smith, Smoke Signals advertising designer received 20 awards including eight first place, four second place and eight third place awards for the ads she created for Smoke Signals during 2019. The list of advertising winners and categories is below with judges’ comments that were provided in quotations after the award information.