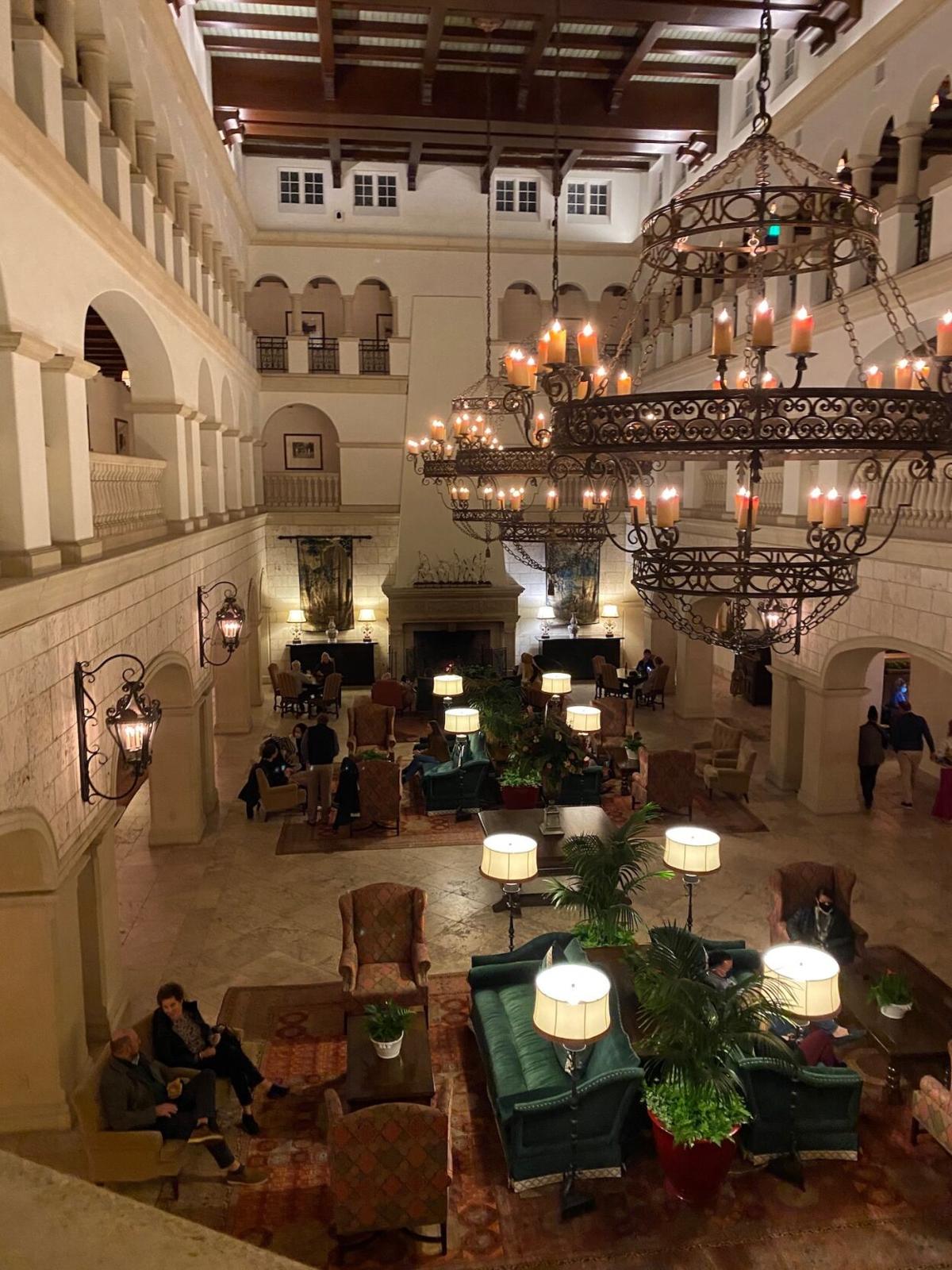 The lobby at The Cloister. 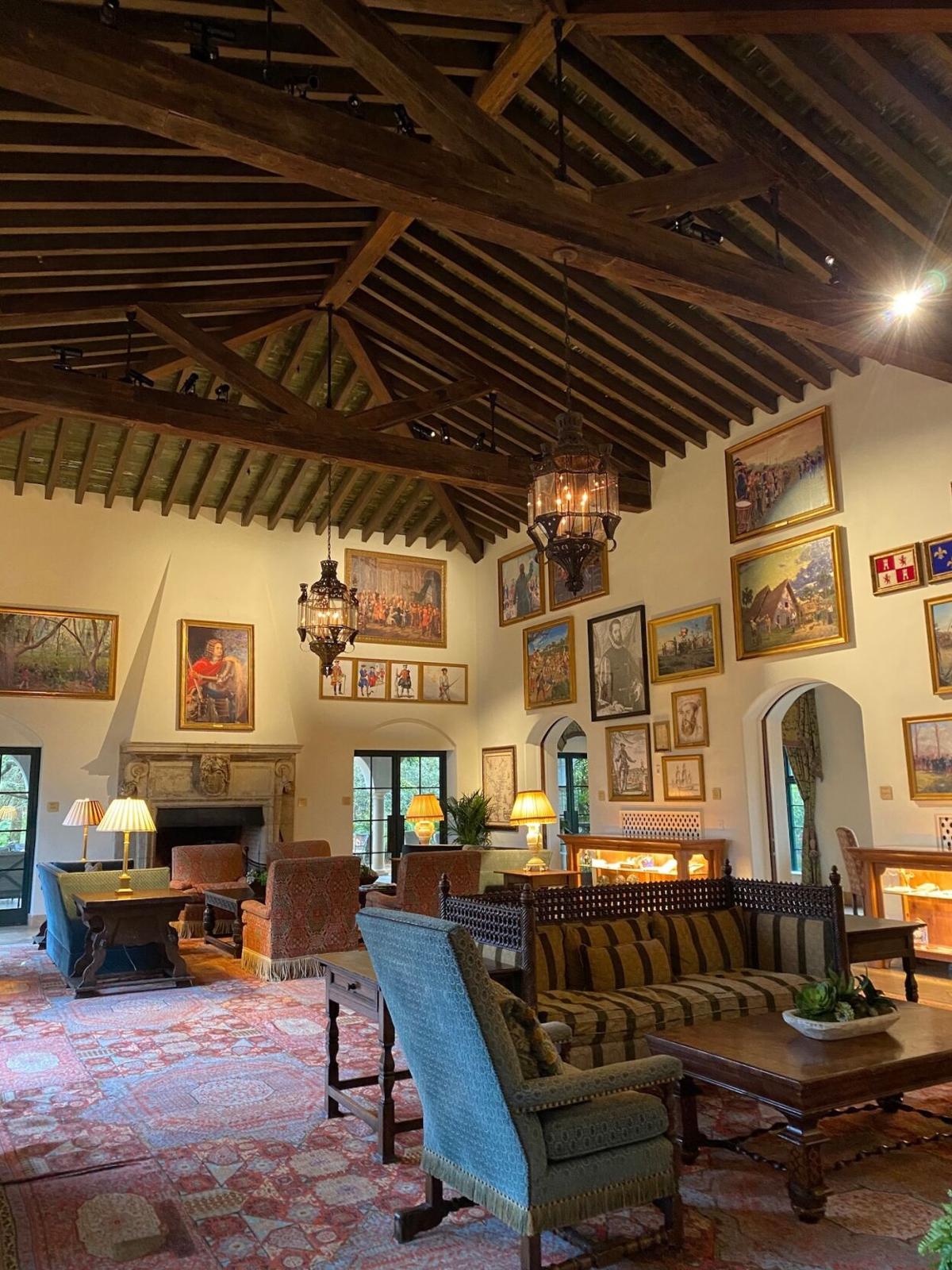 The Spanish Lounge was rebuilt to replicate the original space. 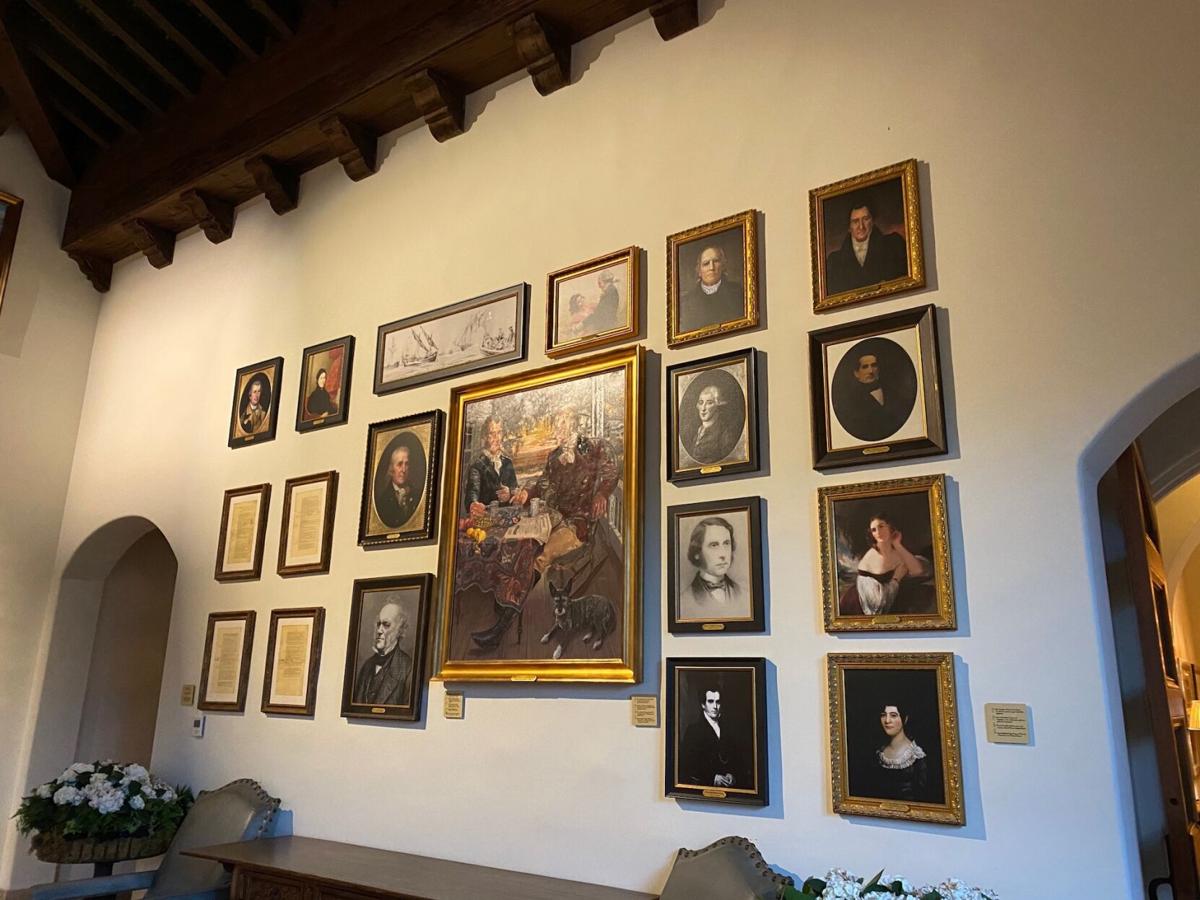 A gallery wall in the Spanish Lounge. 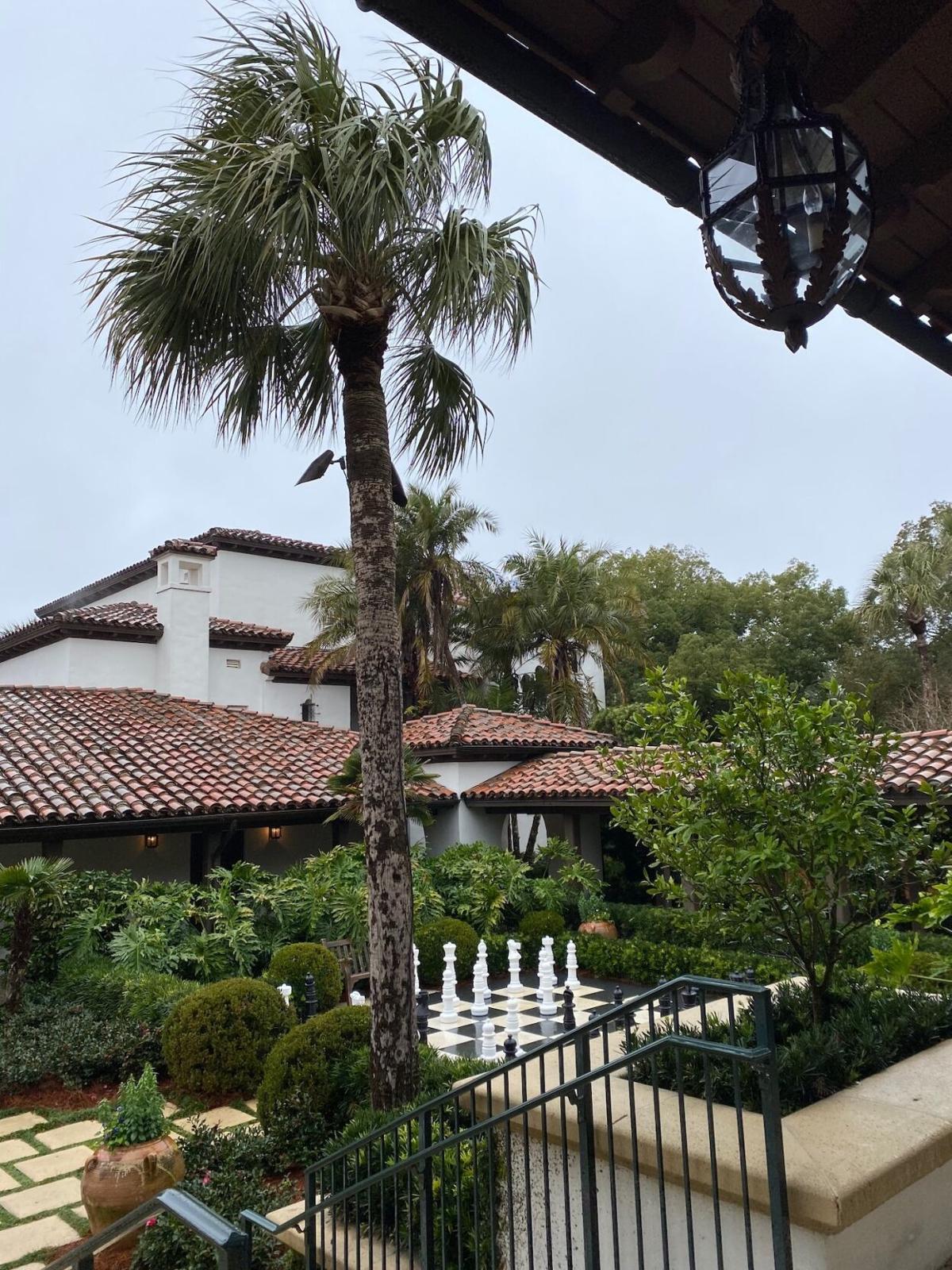 Spanish tile rooftops are a nod to the original architecture of the property. 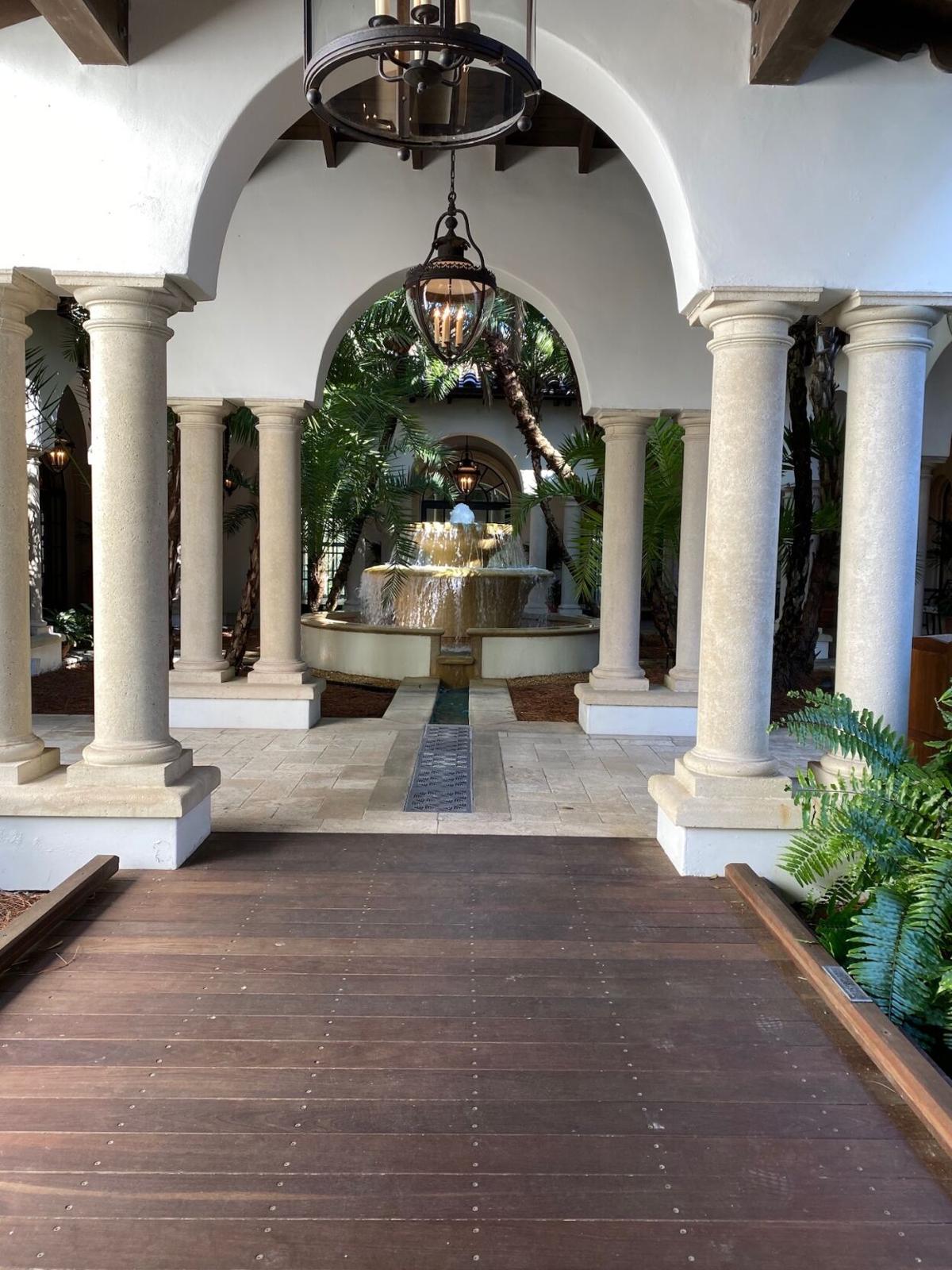 The entrance to the spa and fitness center at Sea Island. 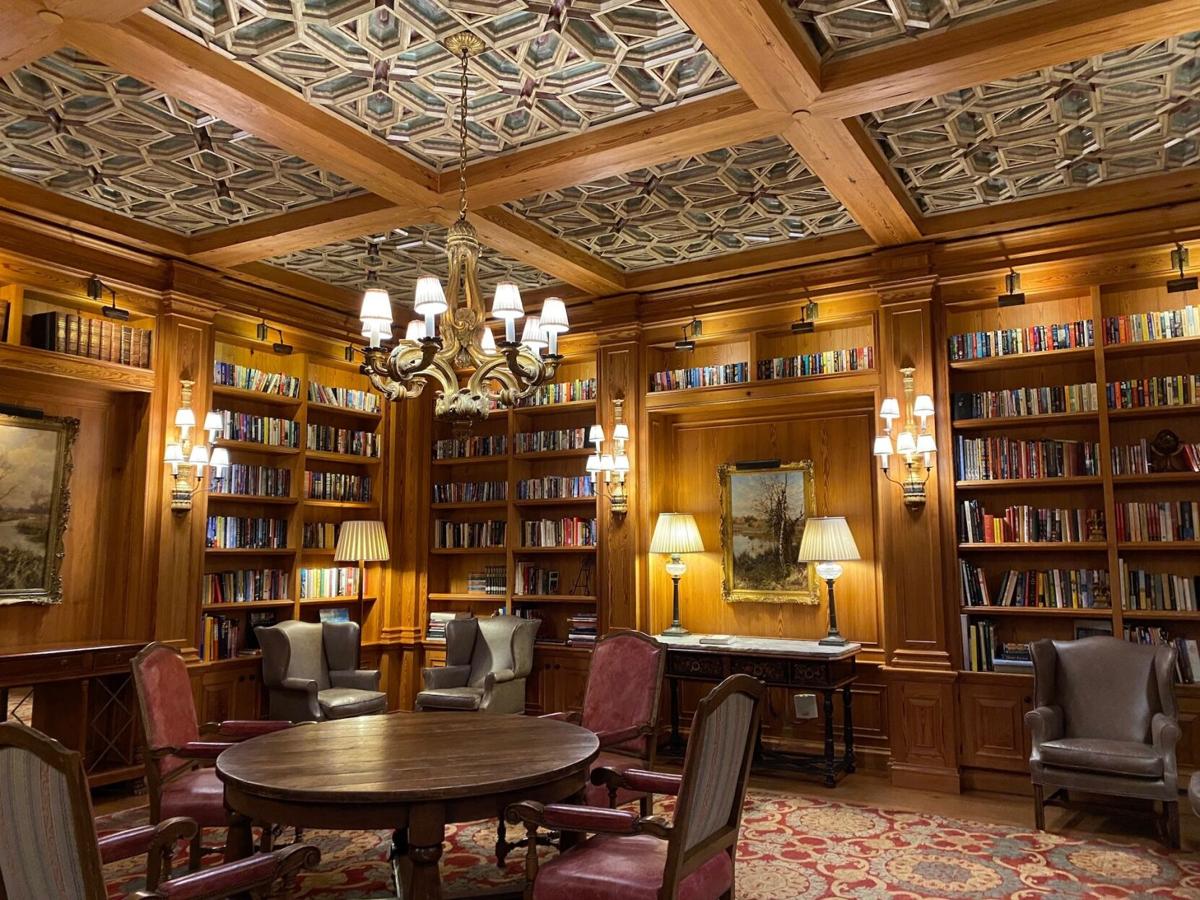 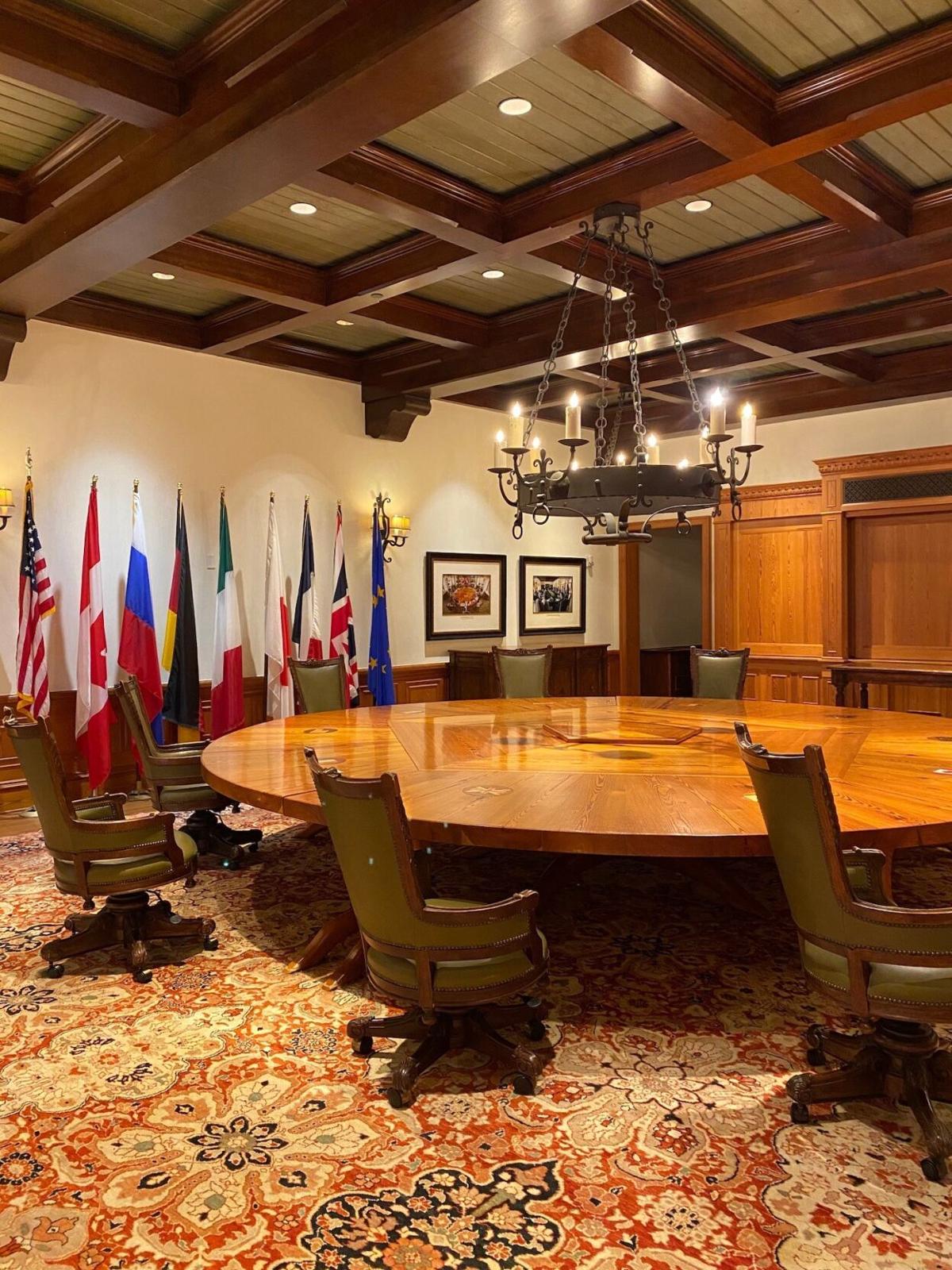 Two years after automobile magnate Howard Coffin and cousin A.W. Jones Sr. founded Sea Island Investments, The Cloister on Sea Island opened to guests. It was October 1928. Since then, the property has beautifully and responsibly aged. Sea Island looks quite fantastic as it moves towards its 93rd birthday.

While cottages, golf courses, beach clubs, spas, a shooting school and myriad amenities sprouted around the hotel, Sea Island remains connected to the nature it’s built around. Located among moss-draped oaks on the coast of Georgia, the property is bordered by 5 miles of private beach on the Atlantic Ocean. Sea Island grew, yet preserved its innate beauty, in a tale of good stewardship.

Howard Coffin was born in Ohio in 1873. He grew up on a farm, eventually studying engineering at the University of Michigan. The Oldsmobile Company hired him in 1902 as an experimental engineer, leading to jobs designing early car models. He eventually became known as the “Father of Standardization,” propelling the United States automobile industry to prosperity.

In the early 1900s, carmakers tested their models in races. Coffin’s first trip to the South was to see his cars run in the Savannah Road Race in 1910. After the race, he and wife Matilda decided to stay an extra week for some fishing and relaxation on Skidaway Island. That was enough time to become enamored with the Golden Isles. The following summer Coffin purchased 20,000 acres on Sapelo. It wasn’t until 1926 that Coffin bought land on St. Simons, with a dream of creating the retreat that is Sea Island. That same year he tapped A.W. Jones for help, and he quickly became Coffin’s right-hand man. The Coffins, who never had children, thought of Jones as a son.

The first nine holes of golf were constructed, known as the Plantation Nine. Noted architect Addison Mizner and landscape architect T. Miesse Baumgardner were hired for the hotel and grounds. The early years laid the groundwork for further land development.

Howard Coffin died suddenly in 1937, his death leaving the Jones family to continue his legacy. After Jones, Sr., came A.W. Jones, Jr., who was a longtime president of the company. A Jones family member—at times, many family members—was involved in management or held board positions from the beginning.

The company continued to buy land, and what wasn’t used for the resort’s purposes was eventually donated for community schools, parks and churches. In 1947—at a bargain price—Sea Island Company sold 50 acres that would become Epworth by the Sea. A retreat center still owned by the United Methodist Church, it continues to serve as a natural buffer to protect Sea Island from over-commercialization. By ’63, an additional 100 acres was donated. The Presbyterians, Episcopal diocese of Georgia, the Catholic Church and others were also beneficiaries of the company’s philanthropic nature.

Sea Island became a refuge for families, heads of state and other famous dignitaries. The clientele was heavy on honeymooners and retirees; for a while, the tongue-in-cheek reference for guests was “newly wed, well-fed or nearly dead.” Many families came back year after year, enjoying the Southern hospitality and warm climate for generations.

President Calvin Coolidge was the first of many U.S. presidents to vacation at Sea Island, with most marking visits by planting an oak sapling. In June 2004, the 30th G8 Summit was held at Sea Island, hosted by George W. Bush.

In 2003, the original Cloister was demolished, then a “new” Cloister was built, with strict instructions for the new building to be the same Spanish Mission style Addison Mizner would have created, had he been alive. The 1928 version was never meant to be a permanent structure and was literally falling down. The new Cloister would sit 150 feet closer to the Black Banks River and would have 100 guest rooms, up from the original 46. The project was headed by then Sea Island Company Chairman and CEO Bill Jones III. The rebuilt Cloister opened to guests in fall 2006.

In Georgia Trend magazine, Ed Lightsey writes, “One bow to Mizner was Jones’ decision to dismantle the Spanish Lounge in the old Cloister piece-by-piece, carefully store the pieces, and put them all back together again to recreate an almost perfectly historically correct modern version of the popular public room.”

The cost of the new, larger hotel was in the $500 million range, with no subtle-but-luxurious detail overlooked. Restaurants and a beach club were also part of the expansion. The additions were well received; unfortunately, the elaborate rebuild came just before the recession said to have been the worst economic turndown since the Great Depression. In 2012, the company was forced to file for Chapter 11 bankruptcy.

End of an era

From the Atlanta Journal-Constitution in August 2012: “A.W. ‘Bill’ Jones III announced the end of his family’s eight-decade ownership of the seaside resort. Jones will remain chairman and CEO, trying to maintain continuity for a community beset with two years of doubt.”

Fast-forward to June 2016 when reclusive billionaire Philip Anschutz bought out his three partners to become the sole owner of Sea Island Company. He purchased the historic Broadmoor in Colorado Springs in 2011. The new owner has continued to invest in his properties, including the Sea Island Golf Performance Center, part of a nearly $30 million enhancement program at The Lodge at Sea Island. Today, there are three 18-hole courses on Sea Island: Retreat, Plantation and Seaside.

Anschutz, who is 81, took measures to protect Sea Island and the Broadmoor for the next century. “He has placed both properties in a 100-year trust, which prohibits them from being sold and ensures their stability. Anschutz told Town & Country the act was motivated by ‘thinking of yourself as a steward rather than an investor.’” (www.worth.com)