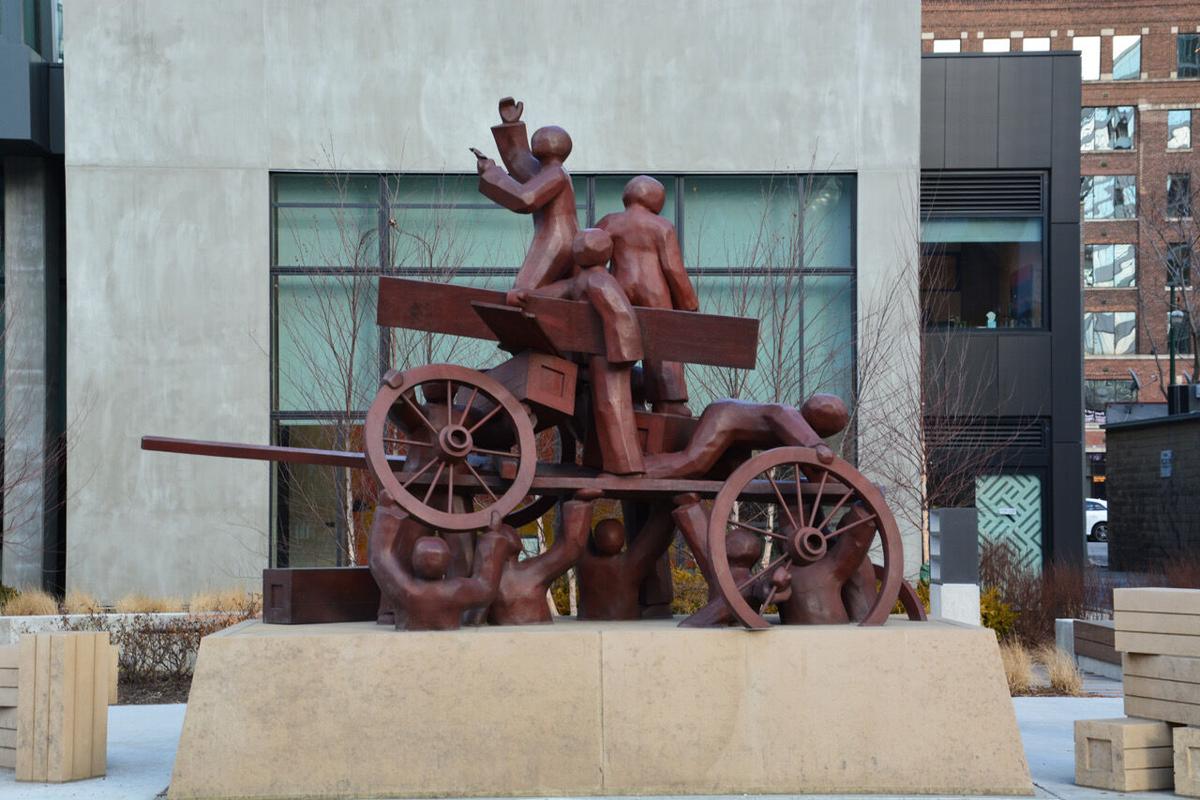 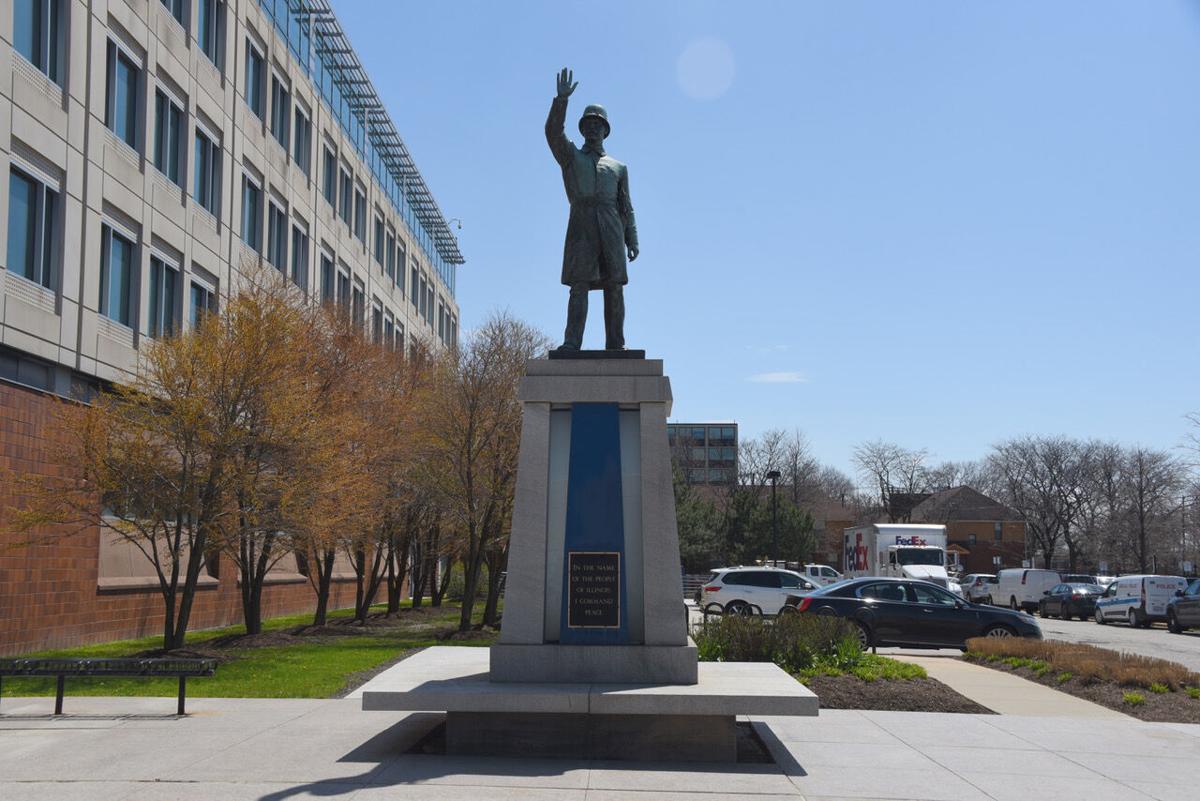 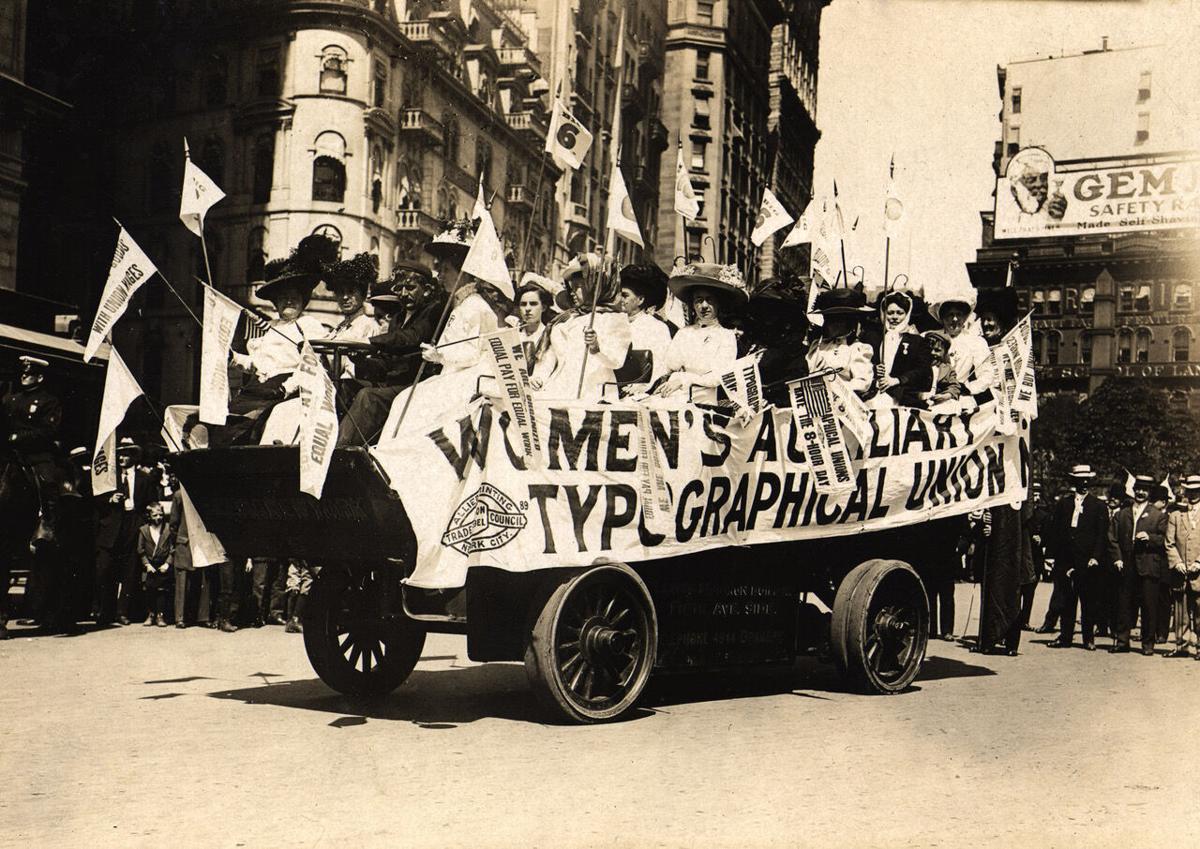 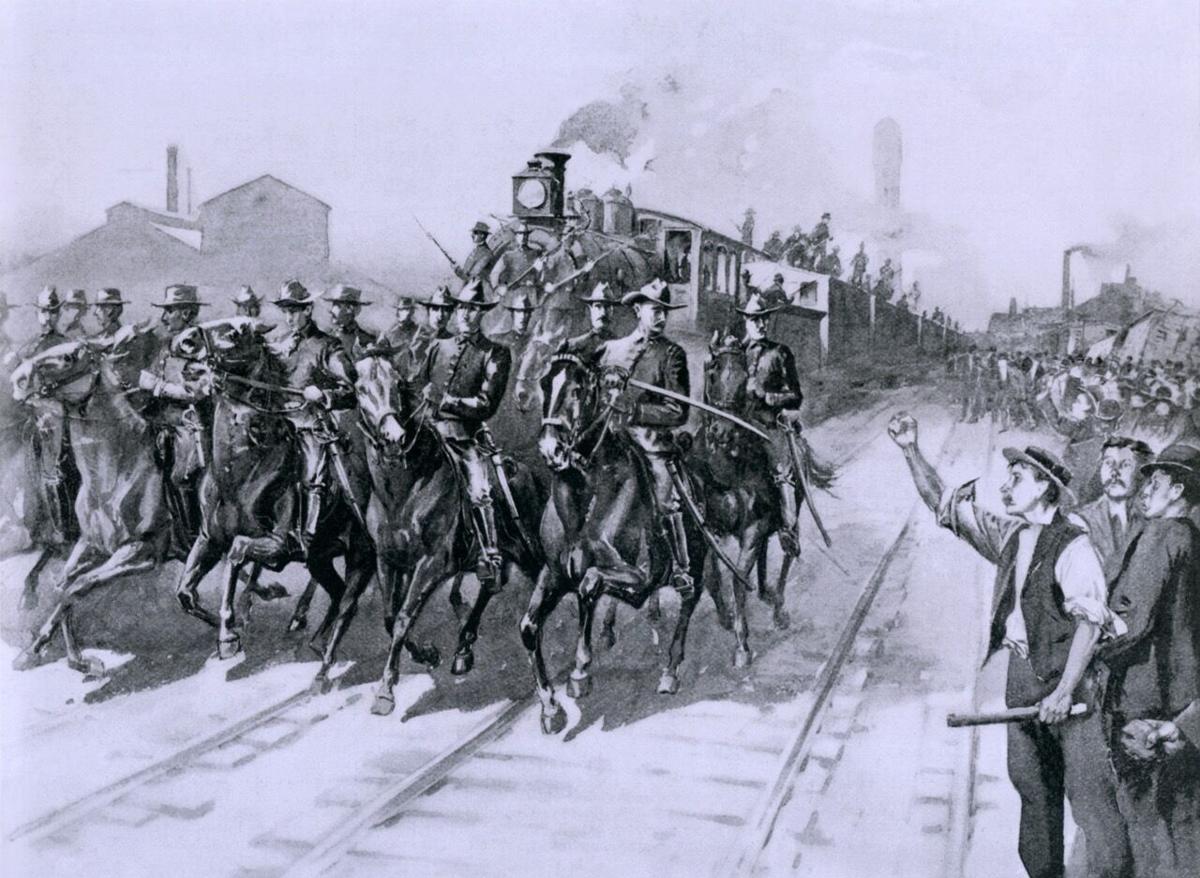 During the 1894 Pullman Strike, the first meat train leaving the Chicago Stock Yards was escorted by U.S. Cavalry, July 10, 1894. 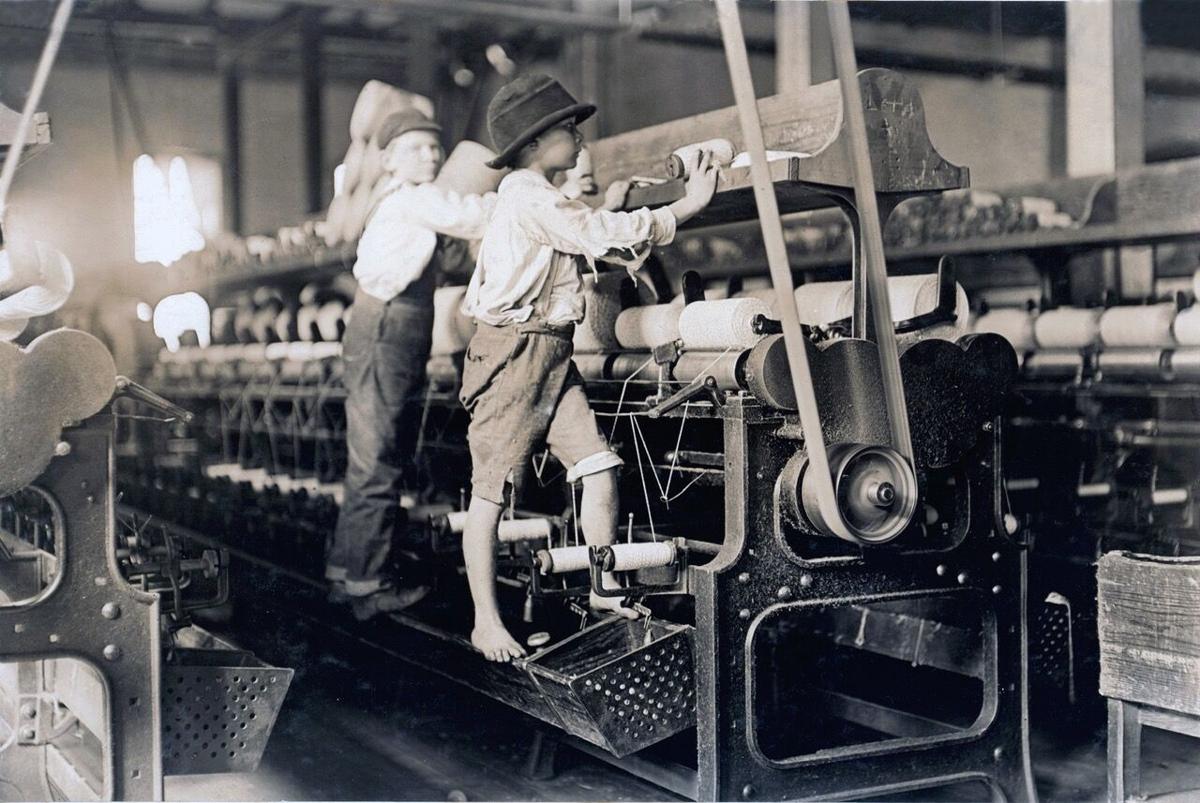 Ending or limiting child labor was one of the goals of unionization.

Labor Day, long a harbinger of summer’s end and the start of football season, is often marked by car sales and the closing of public swimming pools. The fanfare of a three-day vacation, however, has obscured the holiday’s beginnings commemorating the struggles and achievements of American workers.

From farm to factory

During America’s first century, the foundation of the U. S. economy evolved from one based on manual labor to one centered on mechanization. Like a hungry giant, by the late 1800s, the Industrial Revolution required a workforce employed 12 hours a day, seven days a week. People barely eked out enough to sustain their families, and often young children were found working beside their parents in mines, mills and factories under dangerous, unhealthy conditions.

Laborers began to organize into unions, using strikes and rallies to give voice to their demands for better working conditions and pay. In New York City, on the first Monday in September 1882, some 10,000 people walked from City Hall to Union Square, taking the day off without pay. This event stands as the first Labor Day parade in American history.

Some controversy exists on who instigated the original push for the holiday. Two men, with strangely similar names, are recognized in this effort. Peter J. McGuire was the general secretary of the Brotherhood of Carpenters and Joiners and a co-founder of the American Federation of Labor. Matthew Maguire was the secretary of Local 344 of the International Association of Machinists, Paterson, New Jersey and secretary of the Central Labor Union in New York.

History notes both McGuire and Maguire attended the first Labor Day parade. The event was organized by the Central Labor Union, lending some weight to supporting Maguire as the founder of the holiday. With no evidence to the contrary, one assumes they shared the glory.

But rallies and strikes could turn violent. On May 3, 1886, in Chicago, at least two strikers at the McCormick Reaper Works were killed and others were wounded by police. The next day, near Haymarket Square, another rally was organized to protest the treatment the strikers had received at McCormick. The riot began when an unidentified person threw a bomb at police. That day ended in innumerable injuries and the death of at least eight people, including Chicago police and workers. Though there was no evidence linking them to the incident, eight radical labor activists were accused of the bombing.

The subsequent trial documented the unease among many in the country with radical socialists and communists who were advocating for an end to capitalism. Seven of the defendants were sentenced to death, the eighth to prison for 15 years. Of the seven sentenced to die, four were hanged, one committed suicide. The other two, along with the eighth prisoner, eventually were pardoned, perhaps as a reaction to the controversy surrounding the trial’s fairness and legitimacy.

Conditions and pay improved little over the next decade and, in May 1894, again in Chicago, employees of the Pullman Palace Car Company went on strike over wage cuts and the firing of union representatives. A month later, Eugene V. Debs, head of the American Railway Union, called for a boycott by all Pullman railway car workers. When the ARU switchmen who refused to work were disciplined, 125,000 ARU workers on 29 railroads quit in support of the switchmen, effectively stopping all railroad traffic.

By early July, the situation had grown desperate. On the charge the strike interfered with the delivery of U.S. Mail, the federal government, under President Grover Cleveland, sent troops and U.S. Marshals to Chicago with a predictable result: rioting led to the wounding and deaths of workers.

With the strike continuing, Pullman’s management hired strikebreakers to reopen its business, forcing the walkout to an end. Many returned to their jobs after signing an agreement not to join a union.

President Cleveland, looking for a way to soothe relations with labor after the Pullman Strike, opted for a national Labor Day. The only question was whether to make it in May—to recognize the Haymarket Riot—or in September, when many states already recognized a holiday. Fearing the May date might be perceived as encouraging socialist or communist views, Cleveland chose September.

Though New York lays claim to being the first state to introduce a bill to formalize the holiday, Oregon passed the first law, in early 1887. At year’s end, four more states, including New York, had approved similar laws. Demands for recognition escalated and, by 1894, when Cleveland signed into law an act creating a national Labor Day, as many as 30 of the 44 states already officially observed the holiday.

The first celebrations set the pattern for those that followed. A parade to honor the contributions made to our nation by its workers gives way to a picnic—barbecues are particularly popular—with family entertainment, speeches, games and fireworks crowning the day.

Monday, Sept. 6, is set aside to remember the debt our nation owes the American worker. Together, this strong core of labor has created a democracy in a country with one of the highest standards of living in the world.