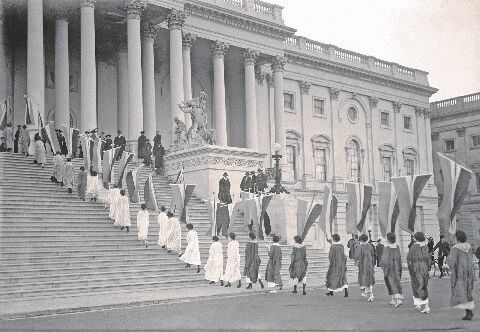 Woman suffrage demonstrators with banners at the U.S. Capitol in 1917. View of procession ascending Capitol steps. 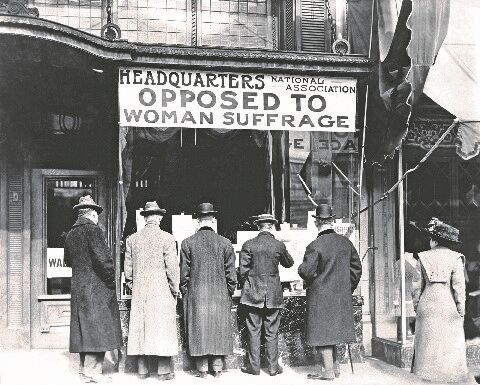 Men look in the window of the National Anti-Suffrage Association headquarters, which was active at the state and national levels. Many women opposed suffrage as well. (ca. 1911) 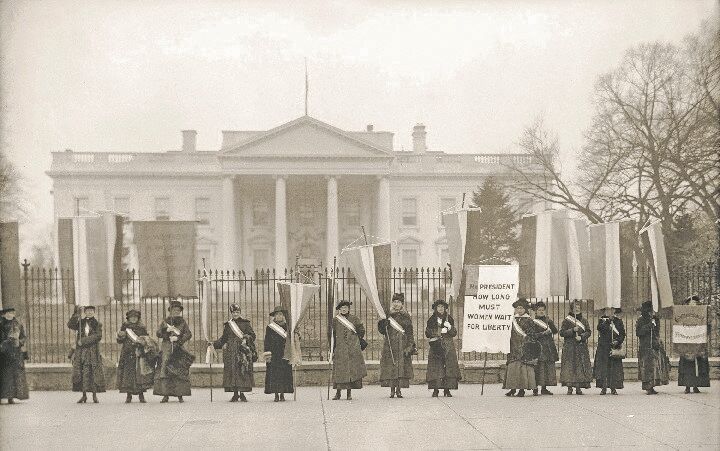 National Woman’s Party demonstration in the front of the White House in 1918. The banner protests President Wilson’s failure to support women’s suffrage. 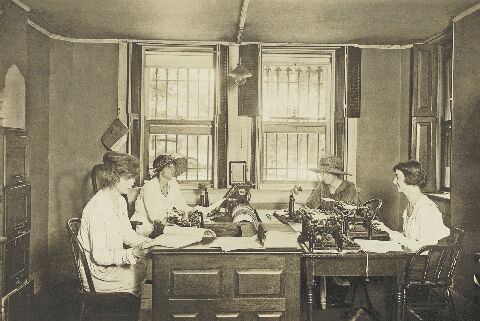 Imagine this: The date is August 18, 1920, and you are Tennessee state legislator Harry T. Burn. Elected at age 22, it’s your first term in the Tennessee House of Representatives. Your governor has called a special session of the General Assembly to consider the ratification of the 19th Amendment to the U.S. Constitution, which would grant women the right to vote. The 19th Amendment—approved by Congress the previous year—requires ratification by at least 36 of the 48 states to become law. Thirty-five states have ratified the amendment, eight states have rejected it and five have not voted. You were a supporter of female suffrage until pressured by party leaders, and you have begun to identify as anti-suffragist to placate your constituents. But a letter from your mother to “vote for suffrage, and don’t keep them in doubt,” which you carry in your pocket this day, holds more sway. In the end, you cast your tie-breaking vote in favor of ratification and earn your place in history.

Contrary to popular belief, the 19th Amendment did not give women the right to vote—it guaranteed women the right to vote. At the time of the amendment’s ratification, approximately four million American women in various states and territories enjoyed that right, but 20 million women did not. If 20 million citizens were disallowed from voting, the suffragists posited, how could President Woodrow Wilson call the United States a democracy?

After nearly seven decades of working through established channels and, later in the movement, through less conventional methods, women won their hard-fought battle.

The eventual support of President Wilson, initially opposed to women’s suffrage because of his traditional views of women’s roles, would tip the scale. When the U.S entered the war and America’s men were shipped overseas, it was the women who stepped up and stepped into the labor force to do the jobs so critical to keeping the country and the war effort functioning. President Wilson could not deny their contribution. His anti-suffrage resolve diminished, and he announced his support of the 19th Amendment in January 1918.

Elizabeth Cady Stanton is credited with initiating the first women’s rights and women’s suffrage movement in the U.S. In 1848, she helped organize the women’s rights convention in Seneca Falls, New York, where she delivered her Declaration of Sentiments. Her declaration, written as a parallel to the U.S. Constitution and the struggles of the Founding Fathers, insisted that women “be viewed as full citizens of the United States and be granted all the same rights and privileges granted to men.”

Stanton met Susan B. Anthony, a social reformer and women’s rights activist, in 1851. Together they cofounded the National Woman Suffrage Association (NWSA) to crusade for the vote.

Whether or not to support the 15th Amendment granting African American men the right to vote drove a wedge through NWSA as Anthony and Stanton—both abolitionists—lobbied against it, believing the language of the amendment should include voting rights for women. The rift within the organization resulted in the creation of the American Woman Suffrage Association (AWSA) by Lucy Stone, which supported the 15th Amendment.

NWSA and AWSA reunited in 1890 as the National American Woman Suffrage Association (NAWSA) to push for the ratification of enough state suffrage amendments to force Congress to approve a federal amendment.

“Mr. President, how long must women wait to get their liberty?”

Alice Paul, a New Jersey born social activist who participated in the British suffrage movement a decade earlier, broke ranks in 1917 to spearhead yet another American suffrage organization, the National Woman’s Party (NWP). Unlike her contemporary Carrie Chapman Catt, Paul rejected working through strictly traditional legislative channels and led a campaign of civil disobedience in what would be the final stretch to achieve success. Paul’s use of peaceful marches and protests—considered radical and militant by some—created tensions within the movement and outrage among the general population.

Later that year, the NWP staged its first protest at the White House gates with the goal of bringing media attention to President Wilson’s refusal to support an amendment. The picketers—standing in silence while their homemade banners did the talking—maintained their peaceful demonstrations six days a week for more than two years. President Wilson often smiled and tipped his hat as he walked past them.

Though the protestors were not engaged in illegal activities, over time they were harassed and beaten by men passersby. But it was the protestors who were arrested on charges of “obstructing traffic,” with many, including Paul, convicted and incarcerated. The confined women were kept in deplorable, unsanitary conditions and were subject to physical brutality by prison staff. In protest of the treatment, Paul engaged in hunger strikes—a tactic she and her colleagues used in the British suffrage efforts. She was violently force-fed raw eggs and milk. President Wilson was disgusted by Paul’s treatment and that of the other suffrage prisoners, which served to soften his position against suffrage.

It seems a disservice to highlight just some of the major figures in the American women’s suffrage movement and to provide but a cursory account of the years of dedication and struggle required: Every woman who played a role deserves her due.

It seems a disservice to single out Alice Paul and her methods as radical when, at the time, any public act by a woman was considered radical.

It seems a disservice to believe that the fight for female enfranchisement and equality was won in 1920. In 1923, Alice Paul introduced the Equal Rights Amendment to Congress guaranteeing equal legal rights for all American citizens regardless of gender, where it passed in the House and Senate with a two-thirds vote but remains unratified to this day.

Unlike Harry Burn’s swift admittance to the history books, the mothers and sisters of the suffrage movement would spend decades laboring to earn their places in the annals. They organized, they lobbied, they marched. They endured physical assault, imprisonment and ridicule. They persisted through great social resistance, as well as the Spanish flu pandemic and with America at war. In the end, they paved the way for all American women to participate in the democratic process that governs nothing less than the realm of their full potential and humanity.

The U.S. Constitution, through the amendment process outlined in Article V, was designed to allow us to continue to work toward a “more perfect union” for ourselves and for posterity. Neither Elizabeth Cady Stanton nor Susan B. Anthony, both of whom died in the early 1900s, lived to see their dream of women’s suffrage made manifest. They did not waiver in their pursuit of justice and equality. Neither should we.