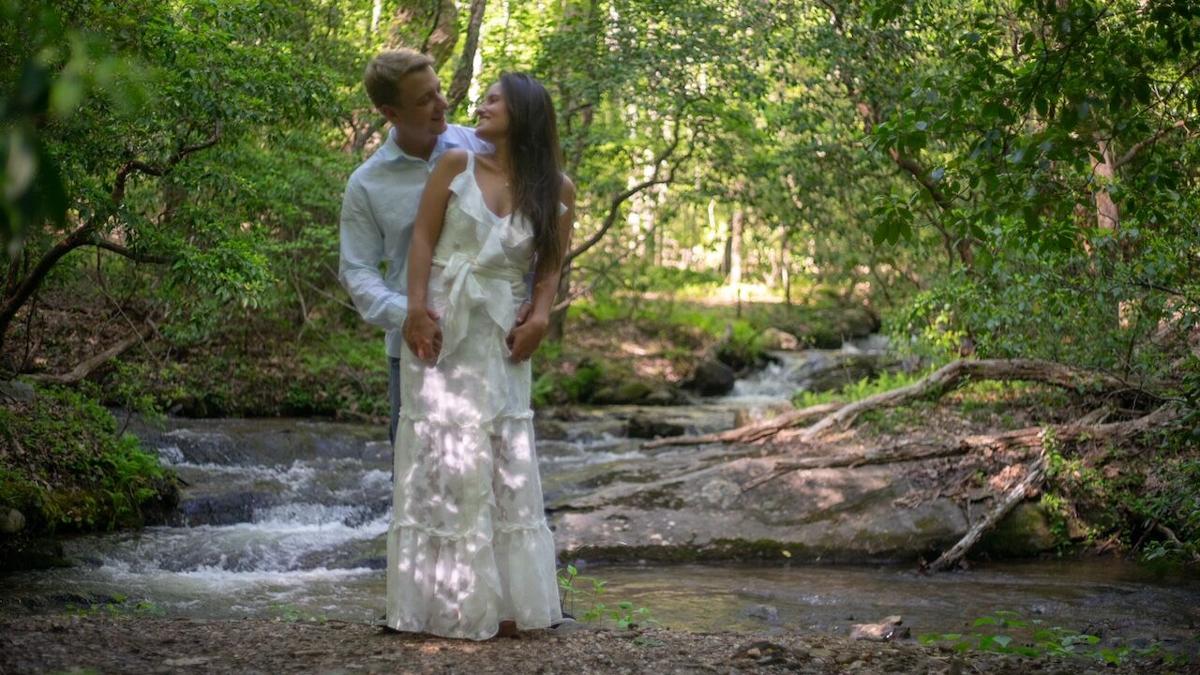 Luke and Vitoria Miller had their engagement picture taken in April 2019 at Confluence Point. 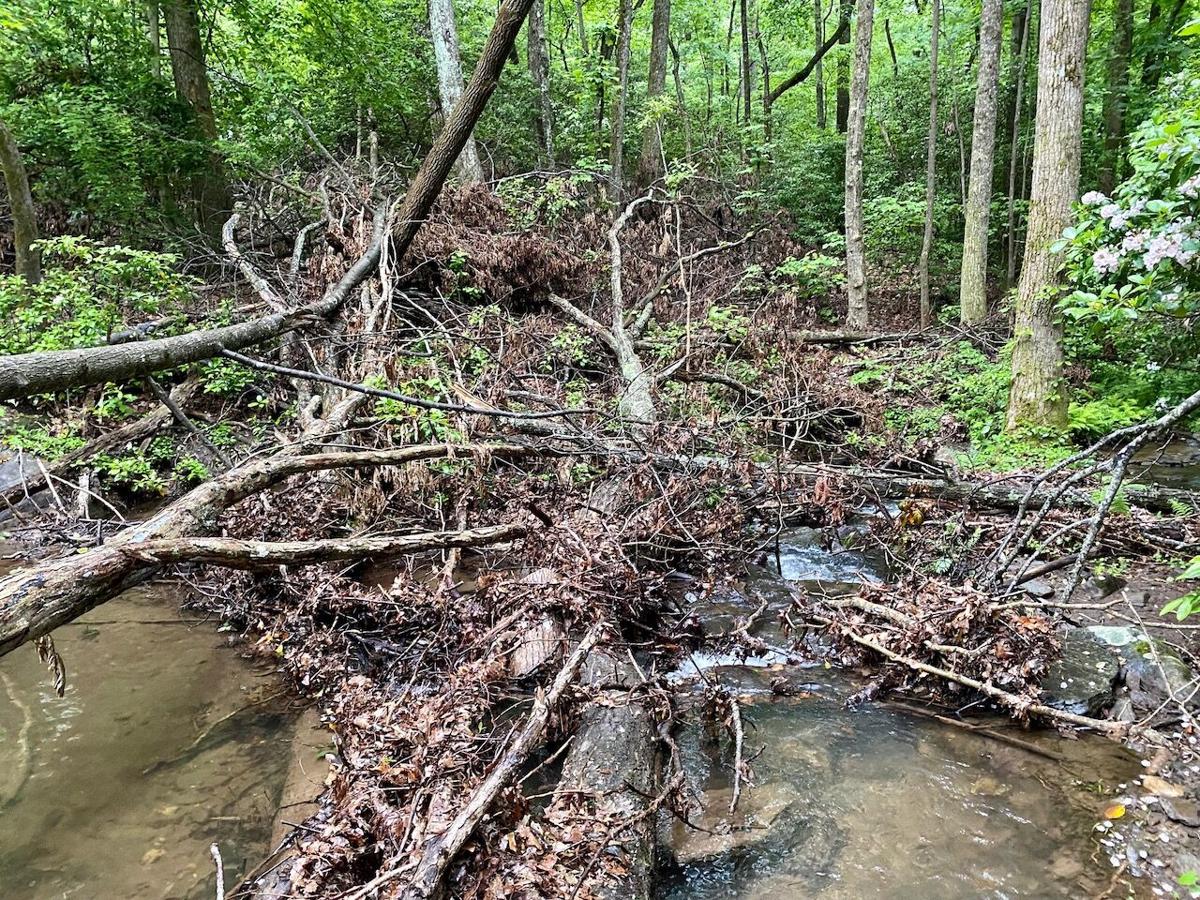 Confluence Point after the June 2019 storm. 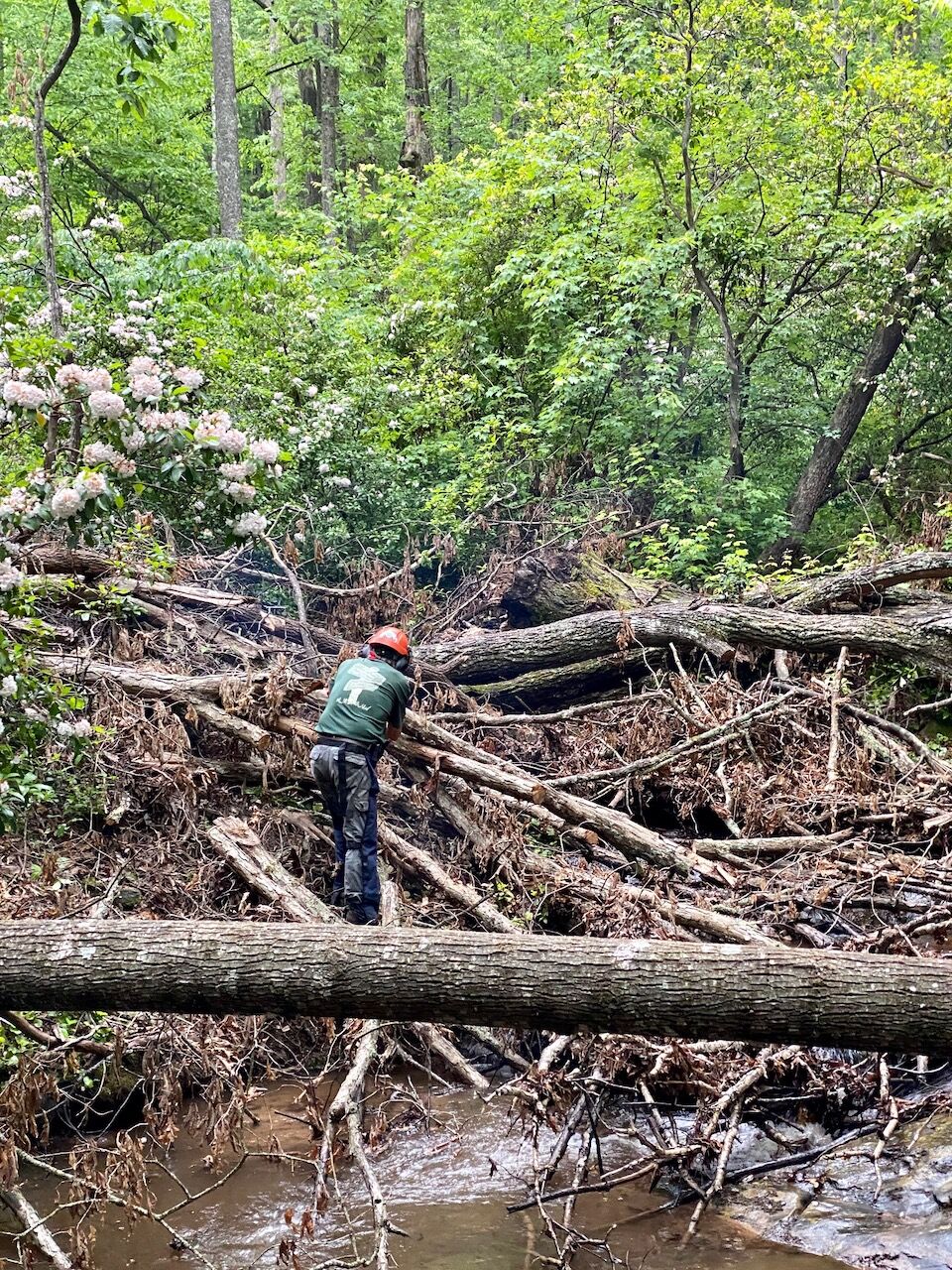 Opening up the trail buried by the trees. 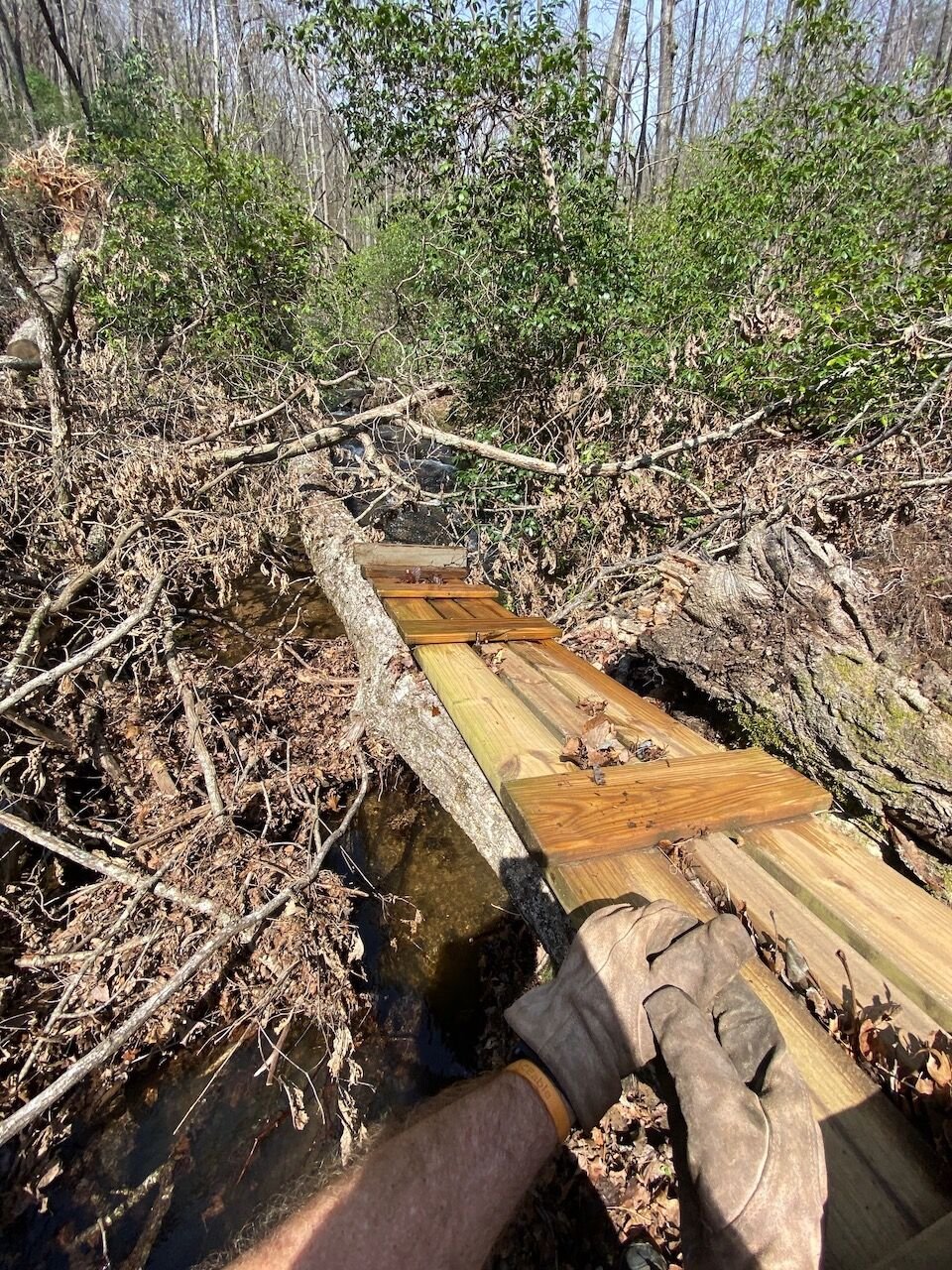 Fishing out the bridge dragged down the stream by the storm.

What Confluence Point looked like until recently, after the initial 2019 cleanup. 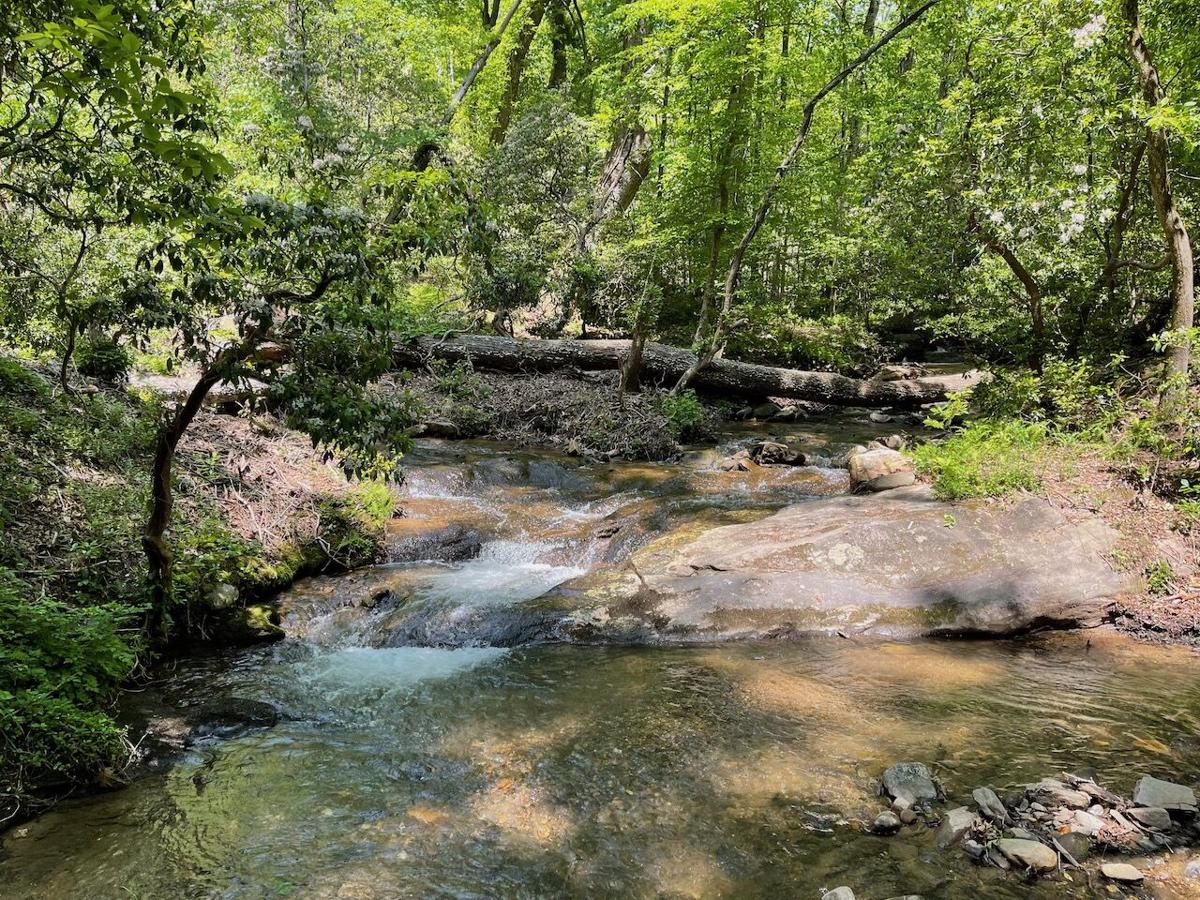 You’ll often see Trails Committee members working on Big Canoe trails, but they also sometimes work in the creeks to remove debris to improve water flow or restore the appearance of a particularly beautiful place.

So far this year, there have been four significant creek cleanups in Big Canoe parks.

The most recent is the restoration of a place informally called Confluence Point on the Upper Falls Trail, a short distance below the Upper Falls. It’s at a spot where two creeks and a small stream join into one. The area is easy to reach from the Jeep Trail, which comes very close to the foot trail.

As recently as April 2019, this place was a favorite location for engagement photographs. Unfortunately, just two months later, a fierce storm brought a good number of trees down onto the trail and into the stream. At the time, the priority was to reopen the trail and reposition a bridge that had washed down the creek. Committee members and their chainsaws spent many hours restoring access to the trail for hikers.

That storm also caused portions of the trail to become perpetually muddy when root balls from fallen trees redirected the flow of several natural springs near the trail.

Committee members solved the problem by installing steps and stones to direct the water away from the trail and provide secure footing for hikers. But the creek still had much debris remaining from the downed trees.

Recently, with considerable effort, committee members were able to restore the creek to a condition close to its original beauty.

As part of this effort, the team members cut large, heavy tree trunks and branches littering the creek into smaller, manageable pieces and used those to line the trail.

Numerous smaller branches were dragged out of the creek and surrounding embankments and taken up the hill to be hidden behind large root balls. Accumulation of silt in several places was cleaned out to allow water to flow along the creek bed rather than erode the banks. It took several trips and many members to get the job done.