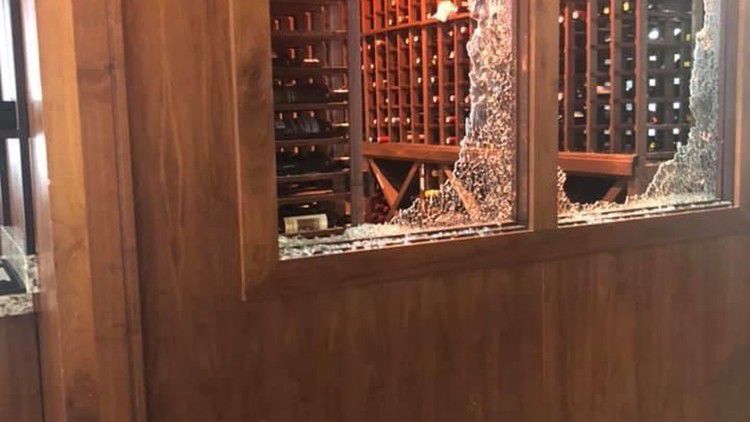 The Ruth’s Chris Steak House downtown was targeted by rioters during the May 29 protests of the George Floyd Shooting. 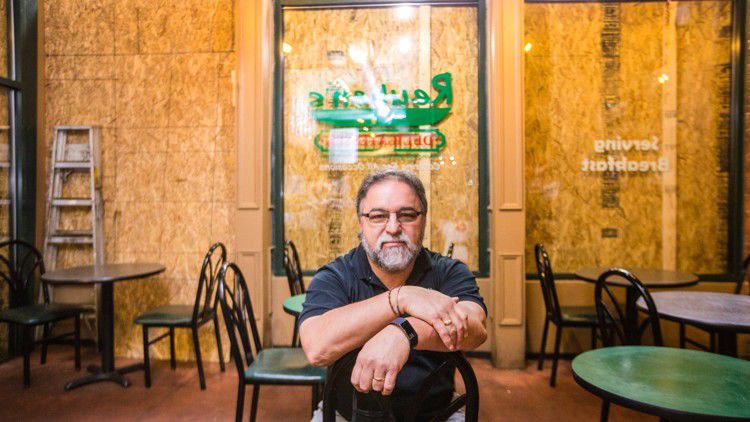 The Ruth’s Chris Steak House downtown was targeted by rioters during the May 29 protests of the George Floyd Shooting.

First, the coronavirus closed their businesses for weeks. Then, as they began reopening, protests led to looting and vandalism that forced another shutdown.

Three weeks after the first rallies prompted by the death of Minneapolis resident George Floyd at the hands of police, downtown Atlanta business owners are trying to regain their footing.

The cost of the damage remains unknown. Business groups and insurance industry representatives said it’s too early for an accurate estimate. A City Hall spokesman said one was not available.

There are so many boarded up windows on restaurants, hotels and storefronts that an art exhibit was staged Friday on some of the plywood near the Flatiron Building.

But signs of rebirth have appeared. The Georgia Aquarium reopens Monday, and the College Football Hall of Fame will reopen July 1 with a new exhibit featuring historic black colleges and universities. Many businesses that covered windows with plywood as a precautionary measure are removing the barriers.

Here is a look at seven downtown businesses and their efforts to return to normalcy after a trying start to 2020.

During the peak of the coronavirus shutdown, Reuben’s Deli in the Fairlie-Poplar District remained open as regular customers, even some who live in the far suburbs, craved Claudio Furgiuele’s sandwiches.

Business was much slower than normal, but provided a steady income. Sales were returning closer to normal as businesses reopened in May. But, after the protests, that all dried up, Furgiuele said.

“Those people living outside the Perimeter, the information they’re getting about downtown is scaring them, so they’re not coming downtown,” he said. “It most definitely set back the upward direction of our sales.”

Rioters smashed Reuben’s windows during the protests, and large sheets of plywood remain bolted on its exterior as a backlog of orders has delayed deliveries of plate glass.

Furgiuele defended his decision to remain open as most merchants closed during the early days of COVID-19. Reuben’s Deli offered an escape from the turmoil.

“People need some normalcy in life when things aren’t normal,” he said. “People need a place to go.”

Sohail Lakhani opened Sub Zero Ice Cream across the street from Centennial Olympic Park in 2018. The shop uses liquid nitrogen to instantly freeze the ice cream, which gives it a different taste and texture.

Business typically picks up in spring and peaks in summer as tourists flock to downtown attractions. Lakhani closed Sub Zero when the virus hit.

“We didn’t make any money the last four months,” he said.

Lakhani closed again for cleaning and repairs. He reopened the second week of June.

“I hope this dies down and everyone is safe and happy, and we can go back to a new normal,” he said.

Sweet Georgia’s Juke Joint, located in the ground floor of the former Macy’s building on Peachtree Street, was far enough away from the protests to escape property damage.

But, the restaurant and entertainment venue thrives on convention-goers, tourists and special events like family reunions, said Terry Harps, president of Global Concessions, the Juke Joint’s owner. It remains closed due to COVID-19.

“We’ve really been more concerned about the virus than anything else,” he said.

The Juke Joint laid off 75 workers.

“We’ve been in business since 1991 and never missed payroll and never laid off anyone from a lack of work,” he said.

To open again, Harps will change the venue’s operation to discourage some of the close contact between customers. Instead of R&B bands that play dance music, he’ll book more blues and jazz ensembles.

“I don’t think encouraging people to dance will help,” he said. “We want to be part of the solution.”

“People have been itching to get out of the house,” he said. “The majority of people are looking for more outdoor activities, going to the mountains, state parks.”

ATL-Cruzer is located next to a Circle K convenience store.

“They cleaned out the inventory at the Circle K, and then they moved over here,” he said.

Some equipment was broken and windows were smashed, but the damage to operations was limited. Plywood is in place, as the business awaits replacement windows.

“You drive around downtown and it looks a lot worse than it actually is,” he said.

Kwan’s Deli is a great location for foot traffic — a corner store on a busy street between Marietta Street and Centennial Olympic Park.

“The police car that was set on fire was right outside one of our entrances,” Song said, referring to one incident. “We got the overflow of the rioting. They saw our glass windows and our cash register and it snowballed from there.”

Coronavirus had already forced Song to curtail hours because few tourists were coming downtown due to the virus. He had opened for limited hours in May to serve nearby construction workers. “It’s hard to say if business was starting to come back or not,” he said.

Protest damage forced him to shut down for a few days, but Song got money to rebuild through a GoFundMe account the community created. He’s waiting on insurance money.

Nancy Oswald was driving to Atlanta from South Carolina when a manager at the downtown location of Ruth’s Chris Steak House called. Her message: diners were being moved to an underground garage as rioters had smashed into the dining room.

“It was horrifying,” said Oswald, who co-owns several Ruth’s Chris locations with her husband.

Rioters destroyed about $35,000 worth of cash registers and sales terminals and smashed a lobster tank from which water ran, ruining the carpet. Television sets were broken, and vandals took everything from the bar. Damages will likely total $250,000, Oswald said.

Ruth’s Chris had slashed staff and business was down because of COVID-19. Even after reopening in May, business had not returned to pre-virus levels.

The offices of Matlock Advertising & Public Relations on Luckie Street was damaged during the protest, but employees have been working from home since March, so no one was in danger.

Kent Matlock, CEO of the black-owned company, said despite the damage, events leading to the protest left his employees with some empathy for protesters.

“The biggest trauma I’ve had to deal with is the effect on my young workers. The protests really affected them emotionally.”

Matlock wanted to let employees “blow off steam,” so he created a video, letting them speak about the Black Lives Matter movement.

“We have a generation of people who are 25 and under who are not taking it anymore,” one employee said.

Rioters attacked many black-owned businesses, even ones like Wilbourn Sisters Designs that have signs identifying them as black-owned. But Matlock observed other things about the protests that he hopes indicate better things are on the way.

“I’ve seen more diversity in these marches than any I’ve ever seen, diversity in race, age and gender,” he said. “I hope it’s a unifier.”