The number of new COVID-19 diagnoses in Georgia is down from the summer, but a recent White House report says friend and family gatherings continue to contribute to spread of the coronavirus.

The current seven-day rolling average of new cases has fallen about two-thirds from the July peak, an Atlanta Journal-Constitution analysis of state data found. Hospitalizations also are down about 60%.

According to the White House report. Georgia ranked 33rd nationally for the rate of new cases and 26th for test positivity (5.8%).

Here’s a look at major developments related to the coronavirus over the past week. 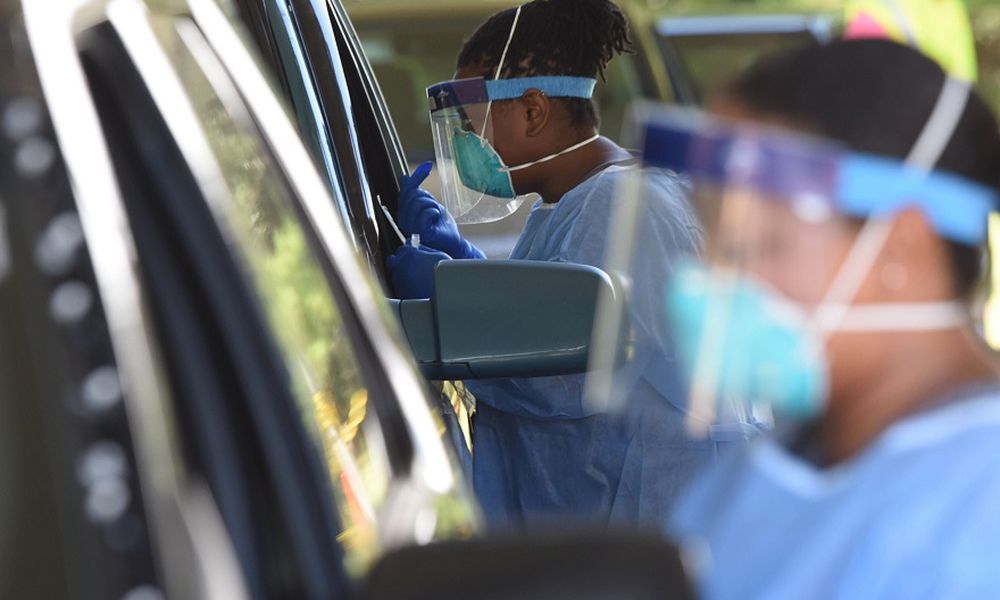 Saying recent public health information had changed his mind, City of Decatur Schools Superintendent David Dude announced students in the district will not be returning to their classrooms this fall after all.

Students have been attending school virtually and that will continue. Dude has revised his earlier assessment that it would be safe to begin a phased-in opening this month. Students should start in person no sooner than January 5, he said.

The decision comes after several protests and the resignation of teachers.

Officials had planned to allow some special education students and students in pre-kindergarten through fifth grade to return Oct. 26. But that step was contingent on the number of COVID-19 cases. The marker that the district is using has shown an increase in cases in recent days.

“This decision comes after our continued monitoring and tracking of COVID-19 health data that is trending unfavorably, consultation with public health officials and health care experts, and data secured to determine both feasibility and stakeholder feedback. Given this current information and careful consideration, we will continue with the current virtual model until at least January 2021,” APS Superintendent Lisa Herring wrote in a Friday blog post.

Georgia added 20,200 jobs in September, healthy growth in normal times but not enough to offset the layoffs that continue to plague the pandemic-burdened economy.

The state’s unemployment rate rose from 5.7% in August to 6.4% last month as the number of job-seekers outpaced hiring.

Still, the economy is moving in the right direction, said Mark Butler, the state’s labor commissioner. “Over the past five months, 340,900 jobs have been gained back from the massive job loss we saw in April.”

Much of the current hiring is part of a surge in seasonal jobs. For instance, Bass Pro Shops and Cabela’s announced this week that they are adding about 150 workers in metro Atlanta.

Delta Air Lines reported a net loss of $5.4 billion in the third quarter as the company spent billions on buyouts and early retirement packages.

About 18,000 employees took buyouts or early retirements, and CEO Ed Bastian said he expects administrative staffing, including at Delta’s Atlanta headquarters, to be about 25% smaller.

The moves are expected to help the company reduce how much cash it burns over the long term, Air Travel has plunged because of the coronavirus pandemic. The airline’s operating revenue was $3 billion in the quarter, down from nearly $12.6 billion a year earlier.

“We do believe it could still be two years or more until we achieve a normalized revenue environment,” Bastian said during an investor conference call Tuesday. “Until then, we will be smaller.”

In an effort to persuade travelers to fly, Delta is keeping in place a policy to block middle seats and cap seating through at least Jan. 6.

The airline has seen some recovery in travel demand to certain beach and mountain leisure destinations.