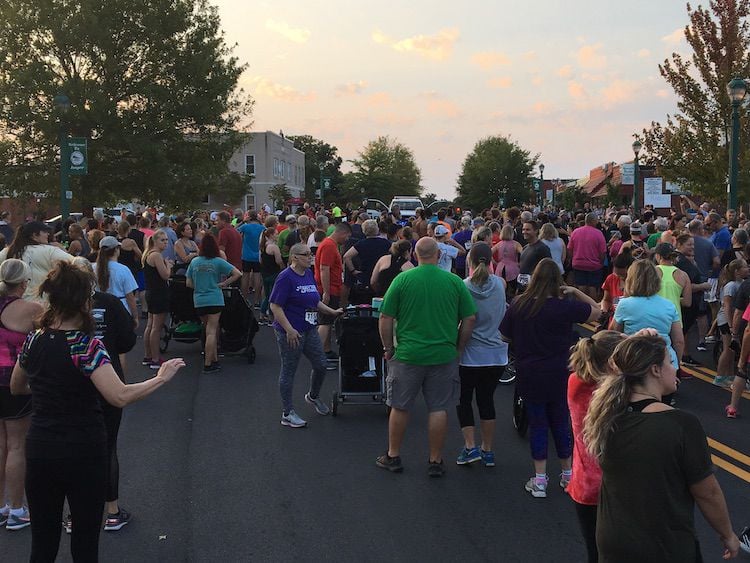 Runners with strollers and walkers stayed at the back of the field for the safety of all 345 participants in the annual Georgia Marble Festival 5k October 5. 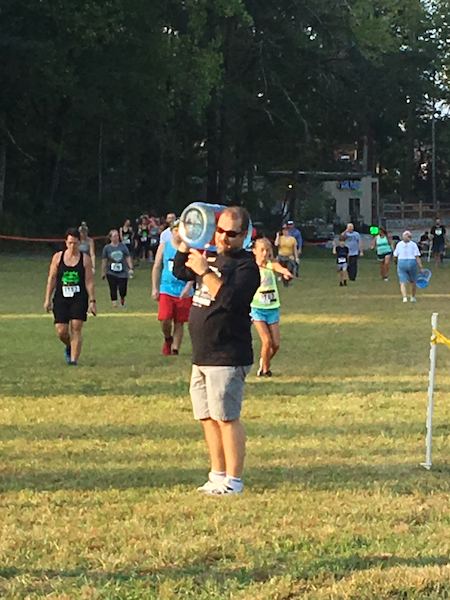 As the sun peeked over the Blue Ridge Mountains in the early morning hours of Saturday, Oct. 5, participants in the annual running of the Georgia Marble Festival Road Race lined up, eager to get moving. Having stretched and completed warm-ups, 345 runners gathered in front of the Historic Pickens County Jail on North Main Street. Some pushed strollers, others ran with leashed dogs.

The course was USA Track and Field (USATF) certified and relatively flat with an out-and-back pattern. It had a downhill finish behind the Jasper United Methodist Church.

The 5k was followed by a one-mile Fun Run.

Awards were presented in the church sanctuary and were given to the top three finishers in each age category in addition to the overall top finishers, Masters and Grand Masters age groups.

This was the 39th annual run and like its predecessors, it began the Georgia Marble Festival weekend activities. The race is sponsored each year by the Jasper United Methodist Women and proceeds go to fund the ministries of the Dorcas Circle whose focus is to be in service to women and children in the community.

Participation has been on a steady decline over the past few years. In 2017 there were 543 participants and last year had 420.